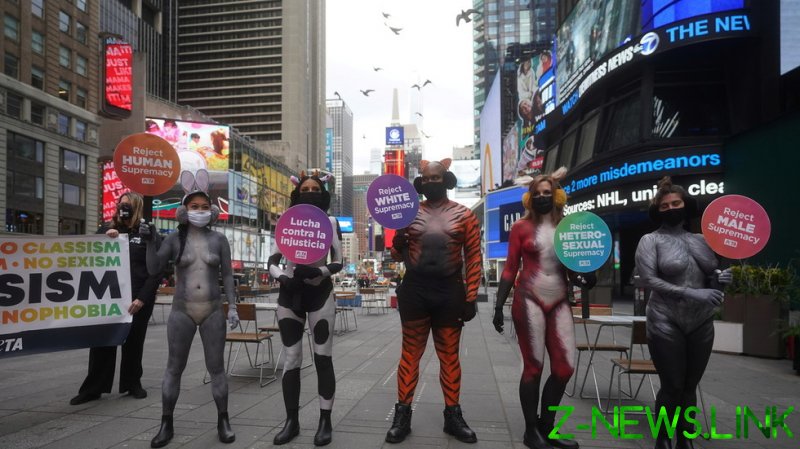 It’s high time that animals had the vote, don’t you think? They say turkeys would never vote for Christmas. Well, how dare ‘they’ make such an assumption? Let’s put it to the test, shall we? They’re sentient beings too, same as humans. They should have the very same rights as we do. No matter that they’d only ever vote for the Corn Party, let’s at least give them the choice to put their beak mark in a gobble box of their choosing. No?

Never mind sexism, racism, homophobia, transphobia…. I’ll leave the list there, because it grows almost daily (just choose a word and slap ‘phobia’ or ‘ism’ on the end). There’s something else we should all now be worried about: speciesism.

We should all be careful with our language and make sure it’s animal-friendly. For example, never say: you eat like a horse, you dirty dog, you laugh like a donkey, you’re just a big dumb ape. Because all these phrases are deeply, deeply offensive to, er…. animals.

Nobody has actually asked the animals, of course. Hang on two secs while I quickly test this theory on the dog… Nope. She just wants a biscuit. Happy as ever. Stop wagging your tail, you greedy little pig – you’re gonna get as fat as a cow.

This truly awe-inducing idea has sprung from the vast vegan minds over at the People for the Ethical Treatment of Animals (PETA), the animal-rights campaigners.

It’s all part of a new PETA social media campaign you see and – and this bit isn’t satire, though it is the most amusing part of all – I quote: “Words have the power to create a more inclusive world, or normalise violence… Calling someone an animal as an insult reinforces the myth that humans are superior to other animals and justified in violating them.

“Speciesist language isn’t just harmful, it’s also inaccurate. Pigs, for instance, are intelligent, lead complex social lives, and show empathy for other pigs in distress. Snakes are clever, have family relationships, and prefer to associate with their relatives rather than with strangers. Stand up for justice by always using animal-friendly language and consider being kind by not using insults at all.”

The mighty minds at PETA then helpfully offer animal-friendly alternative forms of abuse to be used against humans (don’t ever be offensive to the cat, though – they’ll shoot you for that).

There must be a room somewhere, there just must be, where there are people with beards and hairy armpits (and that’s just the women) who spend each and every working hour coming up with these mental ideas.

Sorry, guys, but this really gets my goat. You’re barking up the wrong tree with me on this one. These ‘speciesist’ words can only possibly be offensive to those who make a living from being perpetually offended, i.e. you lot.

Let’s deal with the elephant in the room. The only creatures likely to be offended are human beings who really don’t like to be compared to a donkey or a toad. Maybe I’m being pig-headed here, but I’m pretty damn certain the donkey and the toad couldn’t give a monkey’s.

This comes hot on the heels of PETA declaring meat-eaters are “human supremacists”. And again, I quote because it’s better than satire: “Speciesism is the human-supremacist belief that one species is more important than another.”

Righto. Tell you what. Run after that lion on the Serengeti plain and catch him just before he brings down a wildebeest, sit him down and explain to him, nicely, all about your new campaign. And if he still fancies a snack, he can eat you instead. Fair enough, no?

Before you think the world has gone to the dogs, though, I smell a rat here: PETA is all about publicising its cause, and saying outrageous things is sure to create a social-media storm.

Last year, for example, it posted a photo of a dissected cat head, comparing the image to the then-trending ‘realistic cake’ meme. It also said that beloved Aussie TV environmentalist Steve Irwin’s 2006 death occurred because he was “harassing a ray”. Irwin died after a stingray barb pierced his heart.

PETA guys and gals, somewhere among all these bovine ideas, there probably is an argument for treating animals better, or becoming vegetarian or whatever. All that methane gas passing from the hindquarters of all those cows into the atmosphere, for example. Maybe the cutting down of forests for grazing land. All of that. But you go too far and you make yourselves look like, well, dumb asses.

PETA and the perpetually offended, don’t be one-trick ponies, there is a point where reality and satire must cross. And I think you’ve just found the line.