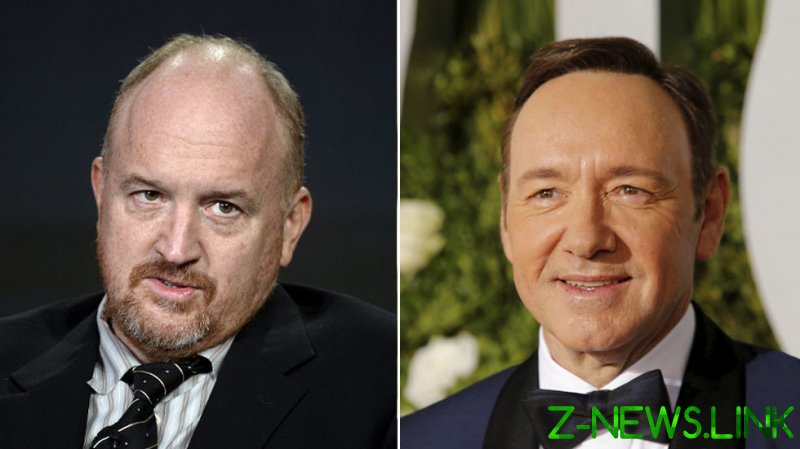 There seems to be a fundamental law to human nature: if you are actually talented and really good at performing something, then people will pay to watch. And it barely matters a damn what ‘cancel culture’ demands to the contrary.

It also depends, of course, on the ‘crime’ and on whether you can ever be truly ‘rehabilitated’.

That weird ogre-taken-in-human-form Harvey Weinstein may have been the driving force behind great films such as ‘Pulp Fiction’, ‘Good Will Hunting’ and ‘Gangs of New York’ but, nah, he’s just too much of a horrible scumbag. A convicted rapist.

Weinstein is also, by the way, in jail. And he faces a raft of further charges. The system DID get him, in the end.

But for some of those behind the Cancelled Curtain, it seems, there actually is at least a half-life term for how long they need to keep off the stage before edging back out again. And it seems to be four years.

Take the comedian Louis C.K. He recently announced a list of dates for a new world tour. And guess what? Yup. Thousands upon thousands of people are buying tickets. He plays two nights at Madison Square Garden in New York City this weekend, in front of thousands.

Ah, those crimes, Louis. Those crimes. What did he do, again? Well, he had a habit of jerking off in front of females, and he was exposed at the end of 2017. Though, it has to be stated, no criminal charges have –so far– been brought against the man. Yeah, there was something twisted and perverse and his behaviour was bent all out of shape, but he is no Harvey Weinstein. He is NOT a rapist convicted in a court of law.

“These stories are true,” the comedian said in a statement. “At the time, I said to myself that what I did was okay because I never showed a woman my d**k without asking first, which is also true. But what I learned later in life, too late, is that when you have power over another person, asking them to look at your d**k isn’t a question. It’s a predicament for them. The power I had over these women is that they admired me. And I wielded that power irresponsibly.”

He concluded his long statement with: “I’ve brought pain to my family, my friends, my children and their mother. I have spent my long and lucky career talking and saying anything I want. I will now step back and take a long time to listen.”

I guess C.K. will have to find a way of incorporating his problems and perversions into his act, otherwise there is gonna be one hell of an elephant on that stage alongside him. But he has actually been edging back out from behind the curtain for a year or so, he’s had time to polish that material, as it were.

The actor Kevin Spacey also seems to prove that the pause behind the The Cancelled Curtain is around four years. Spacey’s career began to hit serious trouble around the same time as Louis C.K. With allegations first surfacing in the autumn of 2017 of inappropriate sexual behaviour with young men. One was only 14 years old at the time the events were said to have taken place.

Spacey, as yet, has not been convicted of a crime.

And the same as C.K. – who made a couple of low-key appearances, including as a guest of fellow comedian Dave Chappelle in a show last year – Spacey has been given a small role in a new Italian film. Director Franco Nero cast him in ‘L’uomo Che Disegnò Dio’ opposite his own wife, the actress Vanessa Redgrave.

“I’m very happy Kevin agreed to participate in my film,” Nero told ABC in May. “I consider him a great actor and I can’t wait to start the movie.”

So, can any of these stars get back to where they once had been? Can they and their public accept their punishments and temporary ostracism and, well, simply move on? Can they, in a way, be forgiven?

I’d bet on Johnny Depp, for example, surviving the accusations of being a wife beater – even though he lost his libel case against The Sun after the paper accused him of exactly that. Partly because his wife, the actress Amber Heard, didn’t seem to be a wallflower whom he ritually beat for fun. There were also no further claims of violent behaviour by other women. His ex wife Vanesse Paradis and ex-girlfriend Winona Ryder both spoke out in Depp’s favour.

And, frankly, partly because – he just happens to be very very good. A star in a way his now ex-wife was never capable of being. Some people just have ‘it’, that’s all. Some of the lesser folk behind the Cancelled Curtain will never make it back out front again because nobody even misses them.

It probably depends how good they were – how loved they were and how big was their talent – alongside the actual details of what they did and how they handled the fallout. Some people and pundits, of course, will never forgive them.