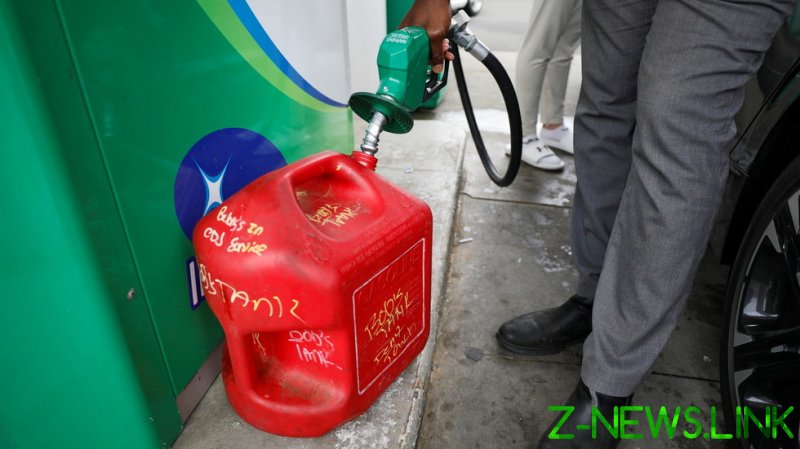 The company reopened its pipelines on Wednesday evening around 5pm ET, saying that while it will pump out as much diesel, gasoline and jet fuel as it can, supply chain disruptions caused by the shutdown will take time to sort out.

“Following this restart, it will take several days for the product delivery supply chain to return to normal. Some markets served by Colonial Pipeline may experience, or continue to experience, intermittent service interruptions during the start-up period,” Colonial said in a statement, adding that it would carry out a “comprehensive series of pipeline safety assessments” as a precaution following the cyber breach.

Colonial, the largest pipeline system of its kind in the US, was crippled by a major cyber attack on May 7, with the FBI identifying hacker group ‘DarkSide’ as the likely culprits. The attackers used a common ransomware tactic, encrypting the victim’s files, effectively holding them hostage, while demanding payment – in this case millions of dollars in cryptocurrency.

While DarkSide has since claimed that its primary goal was to “make money” and not “[create] problems for society,” the wide-scale disruption at Colonial has done just that, prompting a spate of panic buying across the US, as well as rising prices and shortages in some states.

Supply chain issues have hit the American south hardest, with North Carolina, Virginia and Florida each issuing emergency declarations this week as more than 1,000 gas stations in several states ran dry. As of Wednesday afternoon, 65% of gas stations in North Carolina were without fuel, as well as a staggering 78% in the state’s Greenville / Spartanburg / Asheville / Anderson metro area, according to GasBuddy, an app that helps motorists find good deals at the pump. The same was true for 44% of stations in Virginia, and 43% in South Carolina, while the national average for a gallon of gasoline exceeded $3 for the first time since 2014.

Despite the turmoil caused by the ransomware attack, Colonial’s Alpharetta, Georgia headquarters remains without a cyber security manager, according to a job listing posted on LinkedIn two months ago. While 51 people have applied for the position, it remains open. In a statement to Reuters, the company maintained that it has a strong cyber security team, saying it had boosted its IT spending by more than 50% over the last four years.

“We have also been focused on attracting and retaining seasoned, top-tier technical talent as well as investing in a number of upgrades to our cybersecurity program,” it added.