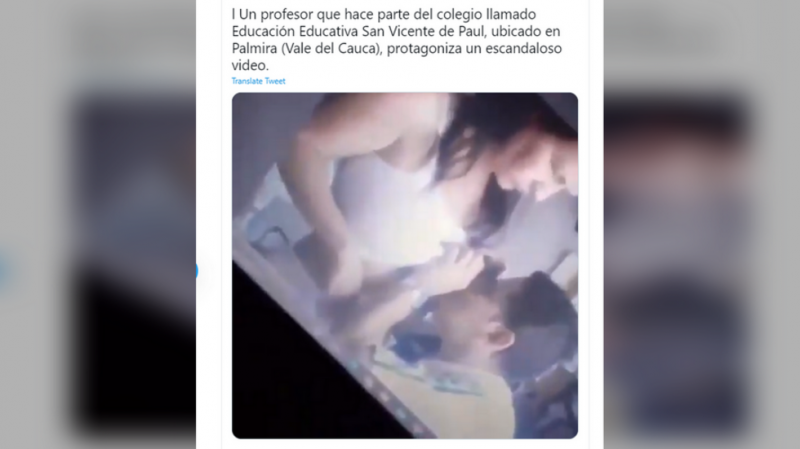 Ruben Dario Parra Zuleta kissed his wife’s chest during a lesson on oscillatory motion taught at the San Vicente Educational Institution in the Colombian city of Palmira. The teacher’s antics were recorded by a female student and shared on social media.

The school recognized that Zuleta had behaved inappropriately in front of his students, and Palmira’s education department launched an investigation into the incident.

The teacher apologized for his actions. He claimed that he had made “a serious mistake” because he did not realize his camera was filming at the time. Zuleta clarified that he had no intention to broadcast the moments with his wife to the class.

According to the Semana news magazine, Zuleta was trained in chemical engineering and holds a master’s degree in educational technology management, specializing in pedagogics and ethics.

Embarrassing Zoom fails have become a staple of the quarantine era, with people accidentally revealing more than they intended to friends, co-workers and complete strangers. Last year, an Argentinian politician had to resign from the country’s parliament after getting caught sucking on a woman’s breast during an online congressional session. Also in 2020, a civil servant was having sex during a Zoom call in the Philippines, and a similar incident occurred in the middle of an online city council meeting in Brazil’s Rio de Janeiro.