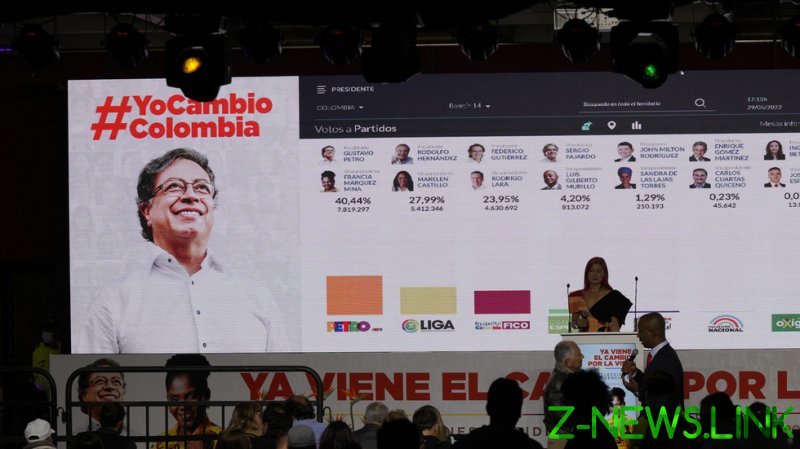 Colombia’s presidential race will have to be decided in a runoff next month after none of the six candidates in Sunday’s election was able to secure the necessary 50% of votes to avert a one-on-one showdown.

The first-round results set up a battle between leftist Gustavo Petro, a former guerilla who entered politics after his rebel group agreed to disarm, and Rodolfo Hernandez, a 77-year-old construction magnate who rose to fame when a viral video showed him slapping the face of a political opponent in 2018.

Petro led the crowded field on Sunday, securing about 40% of the votes, while Hernandez came in second at 28%, according to preliminary count. Former Medellin mayor Federico Gutierrez came in third with less than 24%, in a major blow to the incumbent president Ivan Duque, who had backed the right-wing candidate as he was not eligible to run for reelection himself. In his concession speech on Sunday night, Gutierrez urged his supporters to vote for Hernandez to ensure leftist Petro does not win the runoff.

Petro, who has vowed to end petroleum exploration in the country and redistribute pension funds, will become the first leftist president in Colombia’s history if he wins the June runoff. Hernandez bills himself as an anti-establishment corruption fighter and has pledged to root out wasteful government spending.

The 62-year-old Petro, who served in Colombia’s Congress and was elected mayor of Bogota in 2011, ramped up security in recent weeks and campaigned behind bulletproof shields after allegedly receiving death threats. Colombia has a history of assassinations of left-wing candidates. Carlos Pizarro, top commander of Petro’s M-19 rebel group, was killed by an anti-communist gunman while running for president in 1990. Leftist candidate Bernardo Jaramillo also was killed that year.

Backed by a younger progressive constituency, Petro is loathed by the country’s right-wing incumbent government of Duque. Critics insist that Petro will turn Colombia into its socialist (and sanctions-starved) neighbor Venezuela. While Petro lost to Duque in the 2018 election, the US-allied regime in Bogota has not fared well over the past four years, plunging into an economic crisis due to its response to the Covid-19 pandemic that compounded existing damages caused by crackdowns on nationwide protests over inequality, corruption, and police brutality. 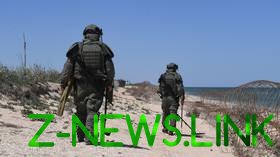 Less than a week before the vote, Biden signed a memorandum declaring Colombia a “major non-NATO ally” of Washington after Bogota pledged a group of Colombian troops to train Ukrainian soldiers in de-mining operations. While the status confers economic privileges and defense contracts, it does not explicitly include defense guarantees as NATO membership does.

A US congresswoman, Representative Maria Elvira Salazar (R-Florida), has called for Biden to intervene if necessary to prevent Petro from becoming president. “Gustavo Petro is a thief, a Marxist and a terrorist,” she said on Friday. “And he wants to be the next president of Colombia, to lead Colombians into misery, hunger and exile. Be very careful, Colombia. Today’s decisions determine tomorrow.”

Violence in Colombia is at the highest level since the government signed a 2016 peace agreement with the FARC rebel group, according to the Red Cross. Petro has been critical of the US-led war on drugs, saying massive security spending hasn’t stopped Colombia from remaining a top cocaine producer or ended gang violence. He also has suggested that Colombia should re-examine its policy of extraditing alleged drug kingpins to the US.