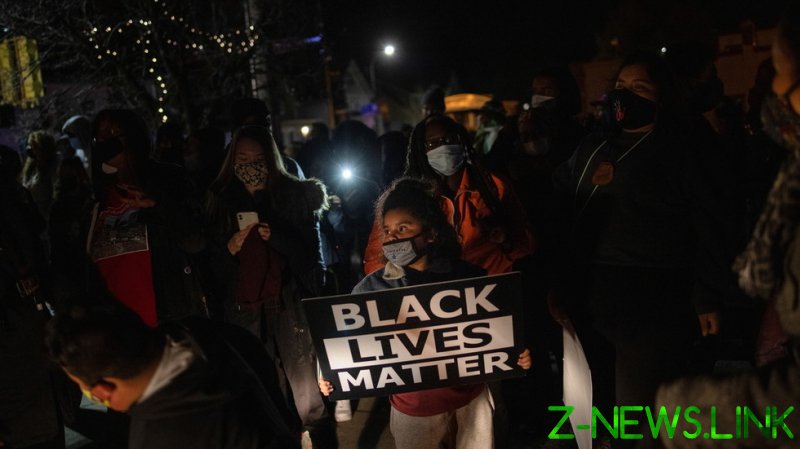 In the short clip posted to Instagram, the SUNY Buffalo State College teacher says she wants to be “honest” and hear “honest” responses from students before she finally declares, “I am sick of [talking] about Black Lives Matter.”

The teacher was identified as Erica Cope by the student who took the video. She is a part-time lecturer in the school’s writing program.

Jahnay Morehead, the student who took the video, said Cope was trying to give an example of an opinion that would earn blowback and possibly get her “canceled,” according to Buffalo News. Morehead posted the video this week (which was taken in the fall) to coincide with a protest on campus against racial bias. She blasted the comments from her teacher as “insensitive” and insisted the Black Lives Matter comment was a genuine opinion meant to trigger students.

“I feel like she said that with all her might. It wasn’t on accident. It wasn’t just to see what the students were going to say,” she said.

Morehead’s video was reposted by Shade Daily News, which blasted Cope’s “lack of empathy” for the Black Lives Matter movement and called for the teacher’s removal from the school.

The college’s chief diversity officer is currently reviewing the incident.

“While free expression and debate is welcome on our campus and in our classrooms, we must always recognize that free speech is not without consequence for those it reaches,” she said.

Adam Steinbaugh, an attorney with the Foundation for Individual Rights in Education, has pushed back against the barrage of criticism Cope is facing, saying the longer video (which is an hour long conversation) makes it clear that Cope is supportive of Black Lives Matter and was simply giving a lesson on expressing opinions that may not align with the majority in a room.