‘Cold War-style crusade against dissenters’: Lavrov roasts Biden’s idea of ‘democracy summit’ that ‘divides world into us v them’ 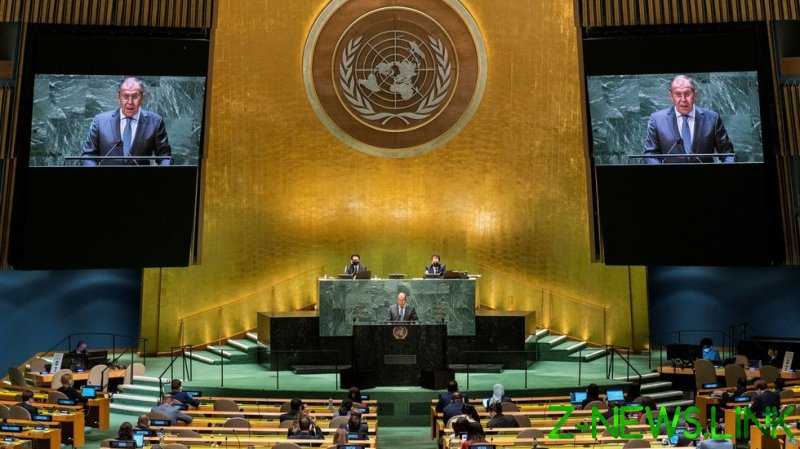 Speaking during the fifth day of the 76th session of the UN General Assembly on Saturday, Lavrov ripped into the current US foreign policy, accusing Washington of trying to split the international community into Cold War-style blocks.

In August, US President Joe Biden floated the idea to convene a “Leader’s Summit for Democracy” – and this, according to Lavrov, is a glaring example of this divisive policy.

“The participants, of course, will be determined by Washington, that claims the right to determine a country’s degree of compliance with democratic standards. In its essence, this initiative – quite in the spirit of the Cold War and launches a new ideological crusade against all dissent,” Lavrov stated.

Despite the US administration’s claims that Washington does not want to split the world into ideology-based blocks, such events only serve to prove it is indeed its goal, Lavrov suggested.

The proposed summit is expected to take place on December 9 and 10, with the US-selected leaders of the ‘democracies’ convening for the virtual conference. The stated goals of the event have been extremely vague, with the White House describing it as “as an opportunity for world leaders to listen to one another and to their citizens, share successes, drive international collaboration, and speak honestly about the challenges facing democracy.”