Home / WORLD / ‘Cold War mentality’: China will respond with ‘necessary countermeasures’ to deployment of US missiles in Asia Pacific

‘Cold War mentality’: China will respond with ‘necessary countermeasures’ to deployment of US missiles in Asia Pacific 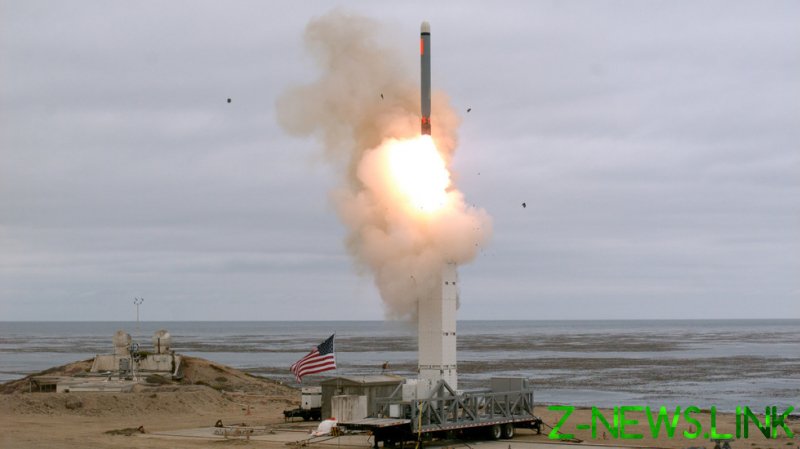 “The US attempt to deploy land-based, medium-range missiles is consistent with its increasing military presence in the Asia Pacific and so-called ‘Indo-Pacific strategy’ over the past years, a typical demonstration of its Cold War mentality,” China’s Foreign Ministry spokesman Zhao Lijian said on Friday.

Washington’s “words and deeds” over recent years have greatly contributed to the erosion of global and regional stability, the official added, as well as impacting “international arms control and disarmament process, [and undercutting] mutual trust between major countries.”

Any attempt to actually push through the planned missile deployment will force China to take “necessary countermeasures” against the US, the spokesman warned, without providing further details. US allies that allow such missiles on their soil will be the subjects of Beijing’s response as well.

“We also call on countries in the Asia Pacific region to be soberly aware of the true intention behind and severe consequences of the US move, and refrain from acting as a pawn for the US,” Zhao said.

The statement came in response to remarks that were recently made by US Special Presidential Envoy for Arms Control Marshall Billingslea in an interview with Japanese media. The high-ranking official said the US intends to discuss the deployment of missiles with some Asian countries.

The idea of entrenching in the Asia Pacific region has been repeatedly voiced by top US officials lately. Last August, for instance, US Defense Secretary Mark Esper said he favored placing the missiles in the Asia Pacific, preferably within “months.” The remark caused an angry reaction in China back then, and no deployment has actually been arranged.