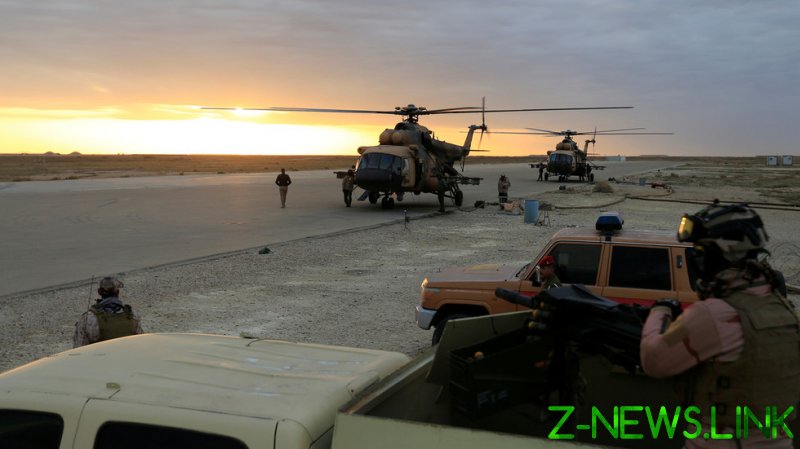 On Wednesday, Colonel Wayne Marotto, spokesman for the US military in Iraq and Operation Inherent Resolve, confirmed that the Ain al-Asad airbase had been hit by at least 10 indirect fire missiles.

Marotto said that the base, which houses both US and coalition troops, was struck at approximately 7:20am (4:20am GMT). It is as yet unclear if there are any casualties.

An unnamed source from Baghdad Operations Command told Reuters that around 13 rockets were launched from a location eight kilometers (five miles) from the base.

It is the first attack on coalition positions since the US launched airstrikes on Iranian-backed militia in Syria last week.

The base was targeted in January 2020 by Iranian forces, launched in response to the US assassination of Iranian General Qassem Soleimani. In total, at least 11 Qiam missiles were fired at Ain al-Asad in the Iranian counterattack, according to the defense secretary at the time, Mark Esper – though CBS’ reporting put the figure at 16, stating that several projectiles had misfired.

Wednesday’s attack comes just two weeks after a rocket attack struck the northern Iraqi city of Erbil, killing an American civilian and injuring others, including US service members.

Despite the deteriorating security situation, which has also seen a suicide bombing in Baghdad, the first big attack in three years, Pope Francis is due to start a three-day visit to Iraq on Friday.

He is set to visit Baghdad, Najaf, Nassiriya, and war-torn Mosul.