Home / WORLD / CNN’s Tapper turns on Biden over ‘scolding’ unvaccinated: ‘People don’t want big government telling them what to do’

CNN’s Tapper turns on Biden over ‘scolding’ unvaccinated: ‘People don’t want big government telling them what to do’ 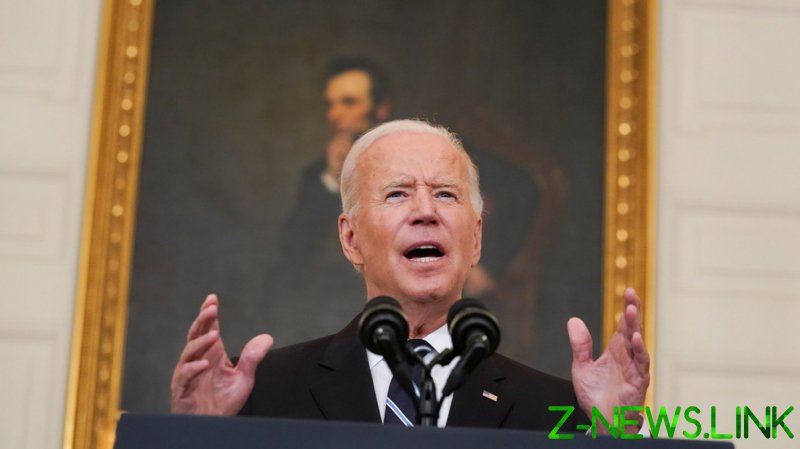 During a Friday appearance on his network, Tapper broke from many on the left and criticized Biden’s Thursday announcement on Covid-19 vaccine mandates, blasting the president’s “scolding tone.”

“He took on a scolding tone talking to the people who are unvaccinated, talking about how, you know, people’s patience is running out,” Tapper said of Biden, adding the Democrat should save his “scolding” attitude for those actually pushing vaccine misinformation, rather than those exercising a choice of whether to get inoculated or not.

Biden has moved from “persuasion to coercion,” Tapper said.

While Biden supporters have made arguments for his mandate – which is already facing numerous potential legal hurdles from private businesses unwilling to comply – Republicans have been predictably outraged. Tapper argued it is this group of people Biden should be “more cognizant” of.

In his Thursday speech, Biden was visibly frustrated, saying to unvaccinated Americans, “The vaccine is FDA approved. Over 200 million Americans have gotten at least one shot. We’ve been patient but our patience is wearing thin and your refusal has cost all of us. So, please, do the right thing.”

While Tapper’s points about the mandate’s potential “constitutional hurdles” and Biden’s aggressive tone are not new criticisms, many social media users were shocked to see a CNN host acknowledging such points of view and coming down so harshly on Biden.

“They’re willing to believe the lies,” one user tweeted in response to Tapper about the “scolding” unvaccinated Americans took. “They make their own choices. And they think they can choose their own facts. But they can’t.”

“Enough is ENOUGH! Tapper fails to understand that they are contrarian and defiant JUST to appear all knowing and smarter than they really are and NOT scolding them WILL NOT change that!” another added in a rant endorsing the “scolding approach.”

Tapper did end his ‘New Day’ segment by tucking in a Donald Trump dig, comparing Covid-19 vaccine misinformation to the former president and others continuously saying the 2020 presidential election was fraudulent.

“As with the election lie, you can get mad at the people who believe the lies,” he said, “but the villains are the liars.”