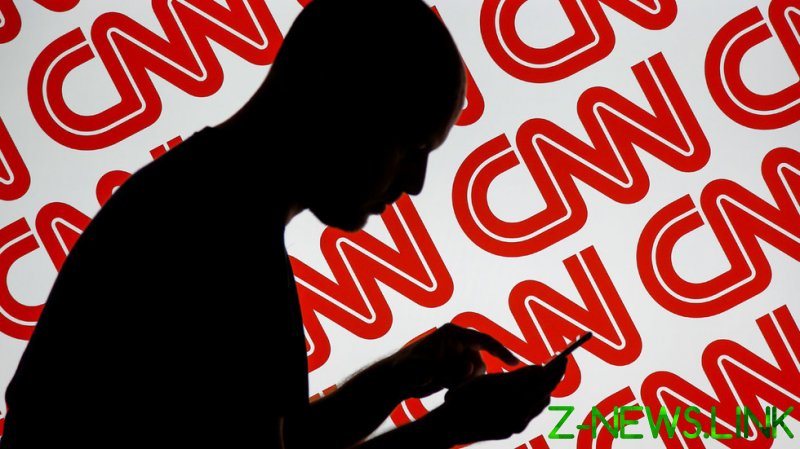 In a progress report of sorts on the 90-day investigation into the coronavirus origins – with which US spies were tasked back in May – a trio of CNN reporters mainly makes excuses for why it might not be completed in time, and could require another three months.

The spies are “digging through a treasure trove of genetic data” that contains “genetic blueprints drawn from virus samples studied at the lab in Wuhan, China,” says the report, referring to the Wuhan Institute of Virology.

While “it’s unclear exactly how or when US intelligence agencies gained access to the information,” the computers where such data is stored “are typically connected to external cloud-based servers – leaving open the possibility they were hacked,” CNN’s sources reportedly said.

This remarkable admission that the US may have hacked the Chinese cloud in pursuit of information about the virus – data that was supposedly taken offline in September 2019 and that Beijing is refusing to provide to the World Health Organization – is made only in passing. The rest of the story deals with the difficulties the US spies are having in decoding the data.

According to CNN and its anonymous sources, the intelligence community has commandeered the supercomputers from the US network of National Laboratories, but has run into a problem: a lack of scientists “skilled enough to interpret complex genetic sequencing data” and who not only speak Mandarin and command the appropriate scientific vocabulary but also have the proper security clearances.

The spies might need another 90 days for the probe, CNN reported, and don’t expect to uncover the ‘smoking gun’ that would conclusively prove either theory – natural evolution or lab origin – in the absence of an “unexpected windfall” of new information. The story points out – twice – that, even if the spies could decipher the mysteriously obtained data, they might still “lack the contextual information to make sense of it in a narrative way.”

This focus on narratives could be a Freudian slip suggesting the story behind the story. The deadline for the US intelligence probe is late August, but, on Monday, the Republicans on the House Foreign Affairs Committee released a report claiming there was “ample evidence” for the lab-leak theory. This Republican report is referred to twice in the CNN story, almost as if it had rattled the spies and pushed them to present a counter-narrative.

This would make sense, given the authors of the CNN report – all have previously been involved in spreading narratives concocted by US spies. There’s the notorious ‘Russiagate’ and Steele Dossier peddler Natasha Bertrand; Zachary Cohen of the “Russian bounties” infamy; and Katie Bo Wiliams, whose recent body of work includes many stories on the alleged ‘Havana Syndrome,’ a mysterious condition US spies attribute to Russian microwave superweapons straight out of 1940s sci-fi pulp fiction.

Moreover, it is highly unlikely that CNN would just casually mention the possibility that US spies hacked the Chinese virus database without the intelligence community giving them permission to do so.

Meanwhile, the startling admission that scientists have tested thousands of animals but “still haven’t identified the intermediate host through which the virus passed as it adapted to humans” is buried midway through the story and never mentioned again.

China has rejected any investigation of the lab-leak theory as “against science,” while both government officials and media outlets have suggested the US may have created the virus in one of its own bioweapons laboratories and sent it into China during the Military World Games, held in Wuhan in October 2019.