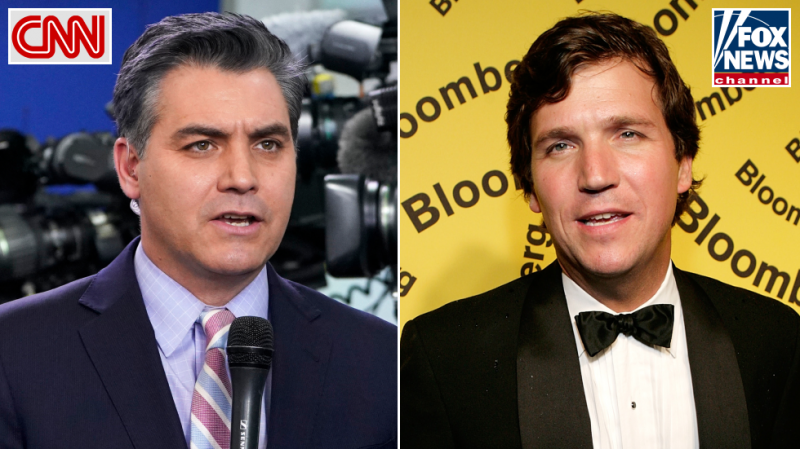 Acosta’s latest issue with Carlson stemmed from a segment on the Fox series questioning the vetting process for and motivation behind the thousands of Afghanistan refugees being taken into the US following the military withdrawal.

“Over on Fox, human manure spreader Tucker Carlson has floated yet another race baiting conspiracy theory that tens of thousands of Afghan refugees are being sent over to this country in order to change the outcome of elections,” Acosta said over the weekend on CNN.

Carlson floated a “race baiting conspiracy,” according to Acosta.

Acosta then transitioned to what he believes is the real threat America is facing: right-wing extremists, noting the January 6 Capitol riot and controversial rhetoric from lawmakers such as Rep. Marjorie Taylor Greene (R-Georgia). He even referred to far-right activists as “sort of like an American Taliban,” a comparison numerous activists and celebrities have received pushback for attempting to make, especially recently in the wake of Texas’ much-debated six-week abortion ban.

“The anti-immigration, anti-democratic, anti-women’s rights forces have all sought these kinds of changes for years, even decades, in this country. Their operation to change America forever is well underway,” Acosta said.

Acosta’s brand of fear-based, partisan-heavy journalism is no surprise to anyone who has watched the CNN employee’s star rise in the last years, thanks mainly to multiple verbal clashes with Trump. However, seeing someone who sells themselves as a real journalist reducing themselves to petty insults like “human manure spreader” to insult an ideologically-opposed talking head was indeed surprising for some.

Like Acosta’s Trump insults, however, he found plenty of liberals to rally their wagons around his comments and celebrate the “national treasure” that is Acosta.

Acosta’s criticisms of Carlson have never aimed much higher (or rather, lower) than “human manure spreader.” He’s previously referred to the Fox host as “chief white power correspondent” and “Fox’s Ayatollah of paranoia.”