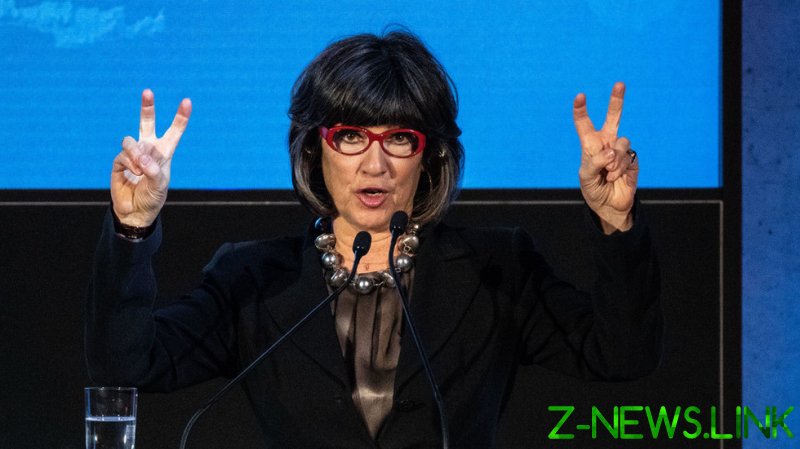 The veteran journalist launched her Nazi-themed attack against the incumbent US president last week. She said his administration was “four years of a modern-day assault” on “fact, knowledge, history, and truth” similarly to how Nazi Germany enforced its ideology. The comparison came as Amanpour reflected on how the organized pogroms of Jews during Kristallnacht 82 years ago were “a warning shot across the bow of our human civilization that led to genocide against a whole identity.”

On Monday, Amanpour issued an apology for the remarks, saying she should not have “juxtaposed the two thoughts”. She added: “Hitler and his evils stand alone, of course, in history. I regret any pain my statement may have caused”

Invoking the Nazis has been a recurring theme for Trump critics. Just a day ago, actor Alec Baldwin tweeted his fury, saying the president should be buried “in a Nazi graveyard” and have “a swastika on his grave”. Amanpour’s on-air words, however, drew intensive fire from some senior Israeli officials.

Diaspora Affairs Minister Omer Yankelevich lashed out at the anchor in a letter sent on Sunday to CNN president Jeff Zucker, in which she demanded an “immediate and public apology” for the “belittling of the immense tragedy of the Holocaust.”

A similar missive to CNN’s executive vice president Richard Davis was penned by Israel’s consul-general to the southeastern United States, Anat Sultan-Dadon, who called Amanpour’s remarks “an affront to the memory of the Holocaust, those who perished, and those who suffered through these unimaginable atrocities.”

The complaints seem to have been heard loud and clear, judging by Amanpour’s swift mea culpa.

Kristallnacht refers to a spree of government-encouraged mob violence against Jews, which took place in November 1938. Nazi-supporting crowds attacked hundreds of synagogues and thousands of Jewish businesses and homes. At least 91 of their victims were murdered outright, while some 30,000 others were arrested and sent to concentration camps.

In her apology, Amanpour said her intention was “to say how democracy can potentially slip away, and how we must always zealously guard our democratic values.”