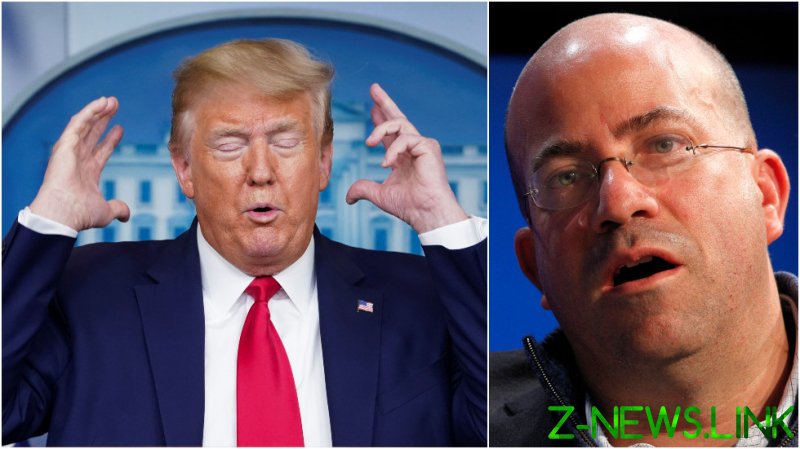 Zucker – who now presides over one of the most fervently anti-Trump media outlets in the American corporate press – hatched the idea to give then-candidate Trump a weekly slot on CNN during a March 2016 phone call with Micheal Cohen, a lawyer for Trump at the time, according to audio obtained by Fox News’ Tucker Carlson.

Speaking with Cohen hours before the final Republican primary debate in the 2016 race, Zucker said that while the Trump campaign had shown “great instincts, great guts and great understanding of everything,” he insisted victory would be impossible without CNN’s backing.

“Here’s the thing… you cannot be elected president of the United States without CNN,” Zucker boasted. “Fox and MSNBC are irrelevant – irrelevant – in electing a general election candidate.”

When Cohen suggested the CNN chief relay his thoughts to Trump himself, Zucker demurred, saying he is “very conscious of not putting too much in email,” as Trump – “the boss” – might go blabbing about it on the campaign trail.

Others were less taken aback by the audio, as many pointed to the fact that Zucker and Trump have a lengthy history together, both working on ‘The Apprentice,’ the hit reality show that helped to solidify Trump’s status as a pop culture icon. In 2012, Trump even hailed Zucker’s takeover as CNN president, saying the network made a “great move,” and that Zucker “was responsible for me and The Apprentice on NBC – became #1 show!”

“Everyone knows Zucker made Trump, it’s 100% true,” one user said. “Trump was down and out. Zucker pitched him a reality TV show called the Apprentice. Why? Because he likes his New Yorkers, he likes Trump.”