Home / WORLD / CNN says it will NOT carry Trump’s speech live from Texas, calls on ‘responsible networks’ to censor the president

CNN says it will NOT carry Trump’s speech live from Texas, calls on ‘responsible networks’ to censor the president 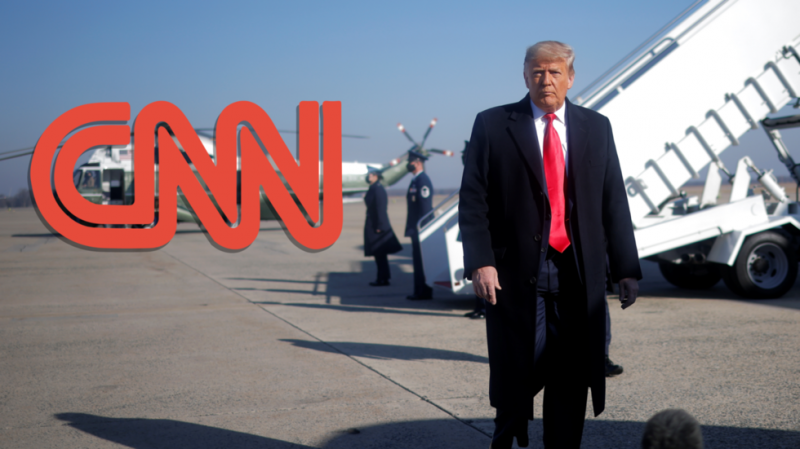 After a tumultuous week that saw Trump accused of sedition over last Wednesday’s riot on Capitol Hill, then threatened with impeachment and excommunicated from social media, the president ventured outside the White House on Tuesday en route to Alamo, Texas.

Ostensibly traveling to Alamo to visit a section of border wall, Trump will likely deliver a lengthy speech, his first since a pre-recorded message last week condemning his supporters who broke the law at the Capitol.

CNN won’t be covering the speech live, host Brian Stelter revealed in a newsletter on Tuesday morning. “There’s a lot of concern about what he’ll say and how he’ll say it,” Stelter wrote, adding that “responsible TV networks will not air Trump live and in full. Not after his incitement last week.”

“Fox and other pro-Trump networks will air Trump live, while other outlets will exercise editorial judgment and ingest what he says, then decide if any of it is newsworthy,” Stelter continued. “Maybe Fox management will prove me wrong and skip the speech, we’ll see…”

At least one pro-Trump network, Right Side Broadcasting Network, has promised to carry Trump’s appearance in full.

Trump has been accused of incitement since he rallied his supporters outside the White House on Wednesday and urged them to march on the US Capitol. However, Trump did ask the crowd to protest “peacefully and patriotically,” a call that some rioters who smashed windows and vandalized the Capitol disregarded.

Democrats still hastily drafted articles of impeachment, accusing Trump of “incitement of insurrection,” with a House vote expected this week.

Trump has meanwhile been booted from every major social media platform, with the tech companies responsible citing public safety concerns as their reasoning. Cut off from his usual means of communication with the public, Trump has remained out of the spotlight over the weekend and into this week.

However, shortly after Stelter’s newsletter went out, Trump spoke to reporters at Andrews Air Force Base before departing for Texas. There, he disavowed any responsibility for the Capitol riot, saying that his speech was “totally appropriate.”

Leaving the White House earlier on Tuesday, Trump accused Democrats of stoking “tremendous anger” with their new impeachment drive, and later at Andrews Air Force Base called the tech firms’ decision to ban him “a catastrophic mistake for them” and “very, very bad for our country.” However, he told reporters several times that he wants “no violence” from his supporters.