Home / WORLD / CNN proves the left doesn’t believe in freedom of speech, only ‘freedom of reach’ as media targeted in wake of Capitol riot

CNN proves the left doesn’t believe in freedom of speech, only ‘freedom of reach’ as media targeted in wake of Capitol riot 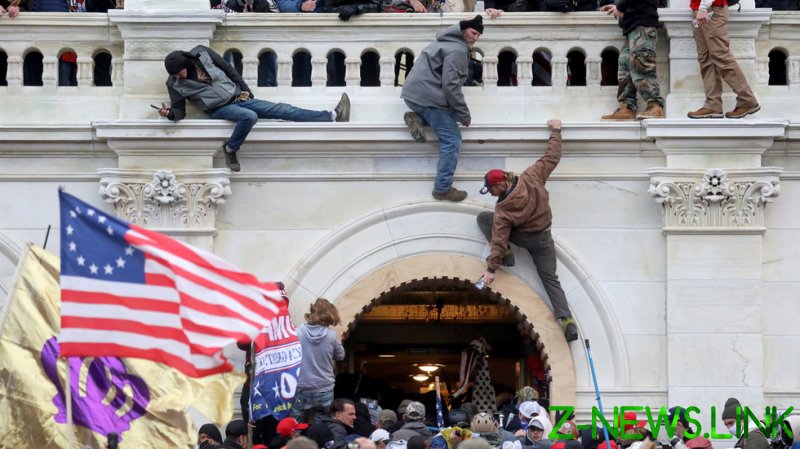 After noting that words like “censorship” were spewed on right-wing news networks like Fox News and Newsmax hundreds of times during the month of January, CNN’s Brian Stelter  – ironically the host of a show called ‘Reliable Sources’ – launched into one of the most offensive, unintelligent, and blatantly anti-free speech diatribes ever aired on the network.

“While some cry, ‘cancel culture,’ let me suggest a different way to think about this: a harm reduction model,” he told his audience.

He went on to note that “most people” want “accurate news” and “rational views.”

“In that healthy environment…then we can have great fights about taxes, and regulation, and healthcare, and all the rest,” he said.

Stelter seemed to praise tech companies targeting and suppressing what they deem to be “disinformation” about topics like the Covid-19 pandemic and election fraud, and he then launched into a further rebranding of cancel culture.

If “freedom of reach” sounds like a fancy way to excuse suppressing someone’s freedom to express their views while never quite fully admitting you’re stopping their freedom of speech specifically, that’s because it is. This is word vomit that was luckily called out by many who noted Stelter’s arguments fly in the face of legal precedents and the Constitution, but sadly, this is only the latest call from a liberal public figure for more censorship in the wake of the US Capitol riot, which is being blown up and used as an excuse to target freedoms.

The Washington Post’s Max Boot recently called for the deplatforming of “influencers” found to be spreading “disinformation” in a column.

“We need to shut down the influencers who radicalize people and set them on the path toward violence and sedition,” he wrote, an argument that suggests some sort of policing body needs to keep journalists accountable to incredibly vague standards all in the name of public health.

Even worse, Rep. Alexandria Ocasio-Cortez (D-New York) has suggested a government solution to the problem, arguing in the wake of the riot – during which she claims she feared fellow conservative lawmakers would turn her over to protesters – that “we’re going to have to figure out how we rein in our media environment so that you can’t just spew disinformation and misinformation.” She said a “truth and reconciliation” committee is being discussed to push “media literacy.”

Those are very open-ended, but frightening words from someone holding elected office.

Cancel culture is nothing new. Mostly conservatives have argued for years about the tactics used in both politics and Hollywood to suppress voices that don’t toe the liberal narrative line, but we have reached a dangerous point where liberals are not even denying its existence as they used to. They are now using the Capitol riot as an inciting incident for them to kick off a brand new chapter in their crusade to silence voices that disagree with them.

They have a new strategy now, one that is centralized around the supposed ‘dangers’ of ‘misinformation’ and ‘disinformation’ and they will always point to the riot as proof of their wildest fears, using it to justify the suppression of freedoms, just as defenders of the war on terror and the surveillance state will always point to 9/11 to justify their blind eye toward the Constitution and individual freedoms.

We have given up rights and power before to loud talking heads and lawmakers spewing fear-mongering rhetoric, and such compromises never work. Lost freedoms are rarely, if ever, returned. We must be careful now as we are entering a dangerous ground where the table is so clearly being set for serious censorship pushed by the mainstream media and implemented by the government or big tech, and liberals are hungrier now more than ever since they can exploit January’s riot to justify their single-minded authoritarianism.