Home / WORLD / CNN lampooned for blasting Fox News hosts for lack of ‘vaccine selfies’: ‘It would save lives’

CNN lampooned for blasting Fox News hosts for lack of ‘vaccine selfies’: ‘It would save lives’ 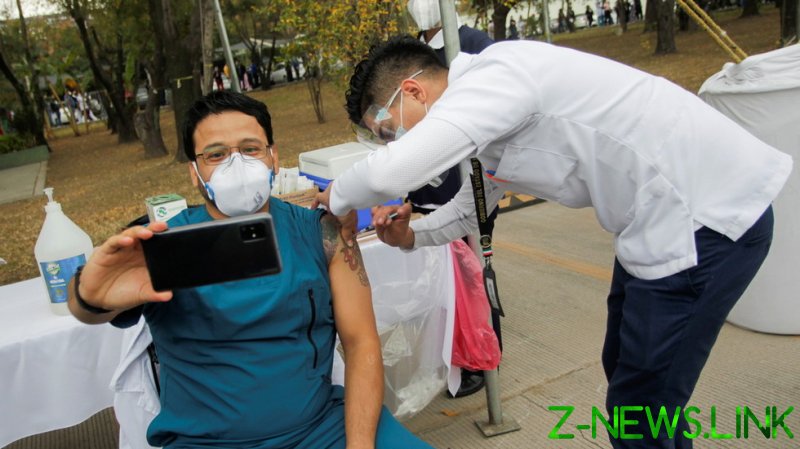 The CNN host then called out popular Fox News hosts like Tucker Carlson, Sean Hannity and Laura Ingraham for not joining in on the “really important trend.”

“I get it’s a personal choice…but everyone else is doing it,” Stelter said, later adding that Fox personalities are “choosing not to spread the word.”

Media Matters’ Matt Gertz took the criticism a step further by saying the lack of Covid-19 vaccination talk on Fox News “does a lot of damage” to their viewers who may be skeptical of the vaccines currently available.

“Steve Doocey should get vaccinated live on ‘Fox and Friends,’” he said, referencing the longtime co-host of Fox News’ morning show. “It would save lives.”

The theory that “vaccine selfies” would “save lives” was quickly lampooned on social media .While some critics expressed shock at the segment’s very existence, calling it “nothing but virtue signaling,” others pointed out that “individual vaccine status is no one’s business.”

“HOW THE F**K IS THIS REAL?!!” one Twitter user wrote, adding a screenshot from the segment featuring the text: “Fox’s biggest stars have not shared vaccine selfies.”

Others critics suggested posting selfies might be a good idea after all, only they should be of people returning to normal life after taking the shot.

“Forget posting vaccine selfies. Post selfies of you out there doing s**t after you got vaccinated,” Tablet Magazine’s Noam Blum tweeted in response.