CNN host Chris Cuomo dares the internet to name a time when he has denied facts . . . . Twitter says, ‘Challenge accepted’ 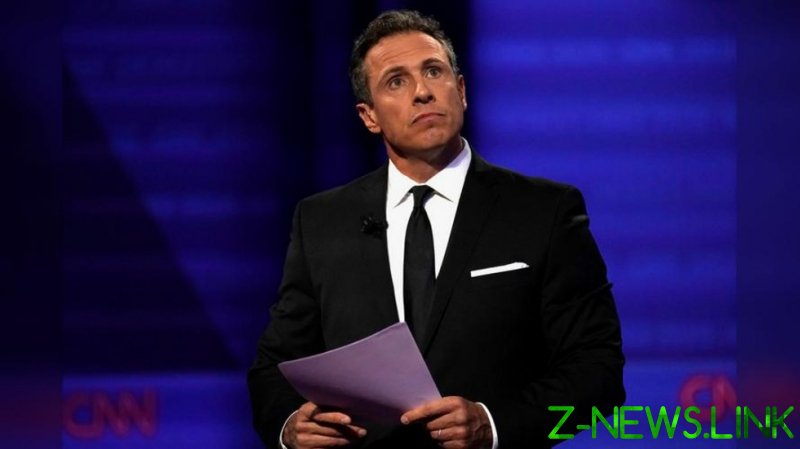 Accused by a social media commenter of denying facts that he doesn’t like, Cuomo challenged Twitter users to name such a case. “Name one,” he tweeted on Thursday. “Tick tock.”

The move was not the mic-drop moment that Cuomo perhaps intended. An avalanche of commenters tweeted examples of the host allegedly misleading his viewers, from staging his dramatic emergence from Covid-19 quarantine – after he had already been out in public and allegedly threatened an elderly bicyclist – to suggesting that protests aren’t supposed to be peaceful, to saying that the Constitution doesn’t protect “hate” speech.

Many of the retorts focused on Cuomo’s cozy coverage of his brother, New York Governor Andrew Cuomo. For instance, after questioning whether Republican Florida Governor Ron DeSantis could be trusted to report accurate Covid-19 data, the CNN host neglected to report that his big brother had allegedly undercounted nursing home deaths and hidden the data.

Chris Cuomo interviewed his brother on his show at least 10 times between March 2020 and July 2020, and the conversations – often comedic — covered such issues as the governor’s “Love Guv” nickname and his large nose. Just last month, the CNN host admitted to participating in political conference calls to advise his brother on dealing with multiple sexual-harassment claims.

“You helped Andy with PR around his terrible behavior when you could have stayed out of it, told him to take responsibility for his actions, stopped covering him,” one Twitter user said. “You’re supposed to report the news and hold lawmakers accountable, not coach them behind the scenes.”

Other observers noted Cuomo’s participation in mainstream-media hyping of the Russiagate conspiracy, as well as misleading coverage of the Covid-19 pandemic. Just last month, the host said the government had previously not been open to the notion that Covid-19 leaked from a Chinese lab, even though he himself reported in April 2020 that the federal government was investigating the theory.

Cuomo also was mocked for likening Antifa rioters to the American soldiers who stormed the beaches at Normandy in World War II.

He also was among the CNN personalities who portrayed Michael Avenatti as a potential presidential candidate and gave the disgraced lawyer a forum to lob accusations at then-Supreme Court nominee Brett Kavanaugh.

Other observers pointed out that Cuomo joined in the political hit job that CNN did on the Covington, Kentucky, high school students who were falsely accused of mocking a Native American man at a protest in Washington. CNN and the Washington Post paid legal settlements to one of the students for allegedly defaming the children.