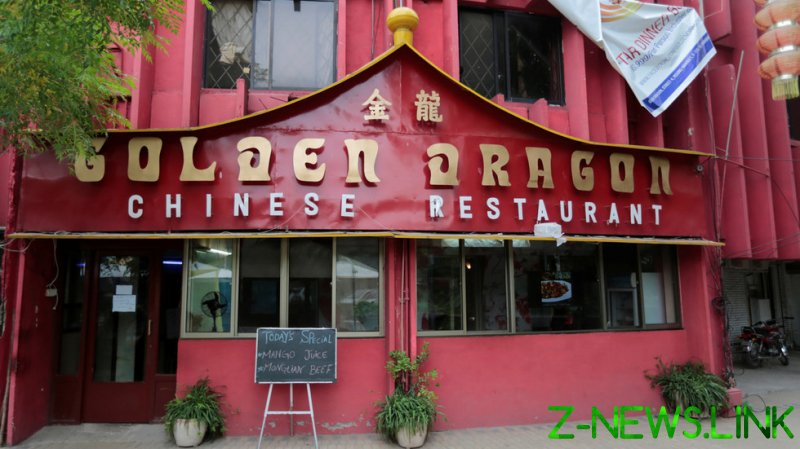 According to a feature published in CNN’s style section, fonts designed to communicate “Asianness” that appear on restaurant menus, food packaging and other items are offensive and perpetuate “crude” stereotypes.

CNN revealed this category of so-called “chop suey” scripts has a dark and exploitive history that can be traced back to American propaganda posters and campaigns to stoke xenophobia. There is even some background information about the Nazis and their views on typography, just to illustrate how fonts really can be racist.

“It’s hard not to cringe at the Chinese stereotypes bundled up with each font package – especially when seen through the lens of today’s heightened vigilance toward discrimination and systemic racism,” the author of the expose, Anne Quito, noted. Citing “critics,” she explained that anyone using such fonts is probably engaging in racism, especially if they are not Asian.

In fact, Quito conceded that many of the “problematic” fonts were adopted by Chinese immigrants who came to the United States as a way of marketing their Asian shops or restaurants.

While the story seemed intent on reinforcing the idea that the fonts were outdated and dangerous, it also included the viewpoint of a scholar of Chinese typography, who said he didn’t find anything offensive about the scripts and cautioned against oversimplifying the narrative surrounding their development and use.

Judging from reactions on social media, plenty of others struggled to see what the issue was.

Comedian Tim Young grilled CNN for its “pathetic” attempt at stirring up controversy.

Many who identified themselves as having an Asian background said they weren’t bothered by the fonts and thought CNN was intentionally looking to stir up outrage.

“There are certain cultural insensitivities that definitely should be addressed, but let’s not purposefully look for it in the minutia,” read one comment.

Others were so perplexed by the feature that they wondered if the outlet was actually trolling its own readers.

Observers also questioned whether CNN’s logic could be extended to Roman fonts based on Greek or Celtic characters, just to name a few. Are such scripts also culturally insensitive and potentially racist?

There were some who were more sympathetic to CNN’s argument, however. Several people suggested that the allegedly problematic fonts were fine when used by Asians, but should otherwise be avoided.

CNN has gone into woke hyperdrive in recent months. In March, it argued that there’s “no consensus criteria” to determine child’s sex at birth, in a poorly-received retort to executive orders related to transgender issues signed by South Dakota Governor Kristi Noem.