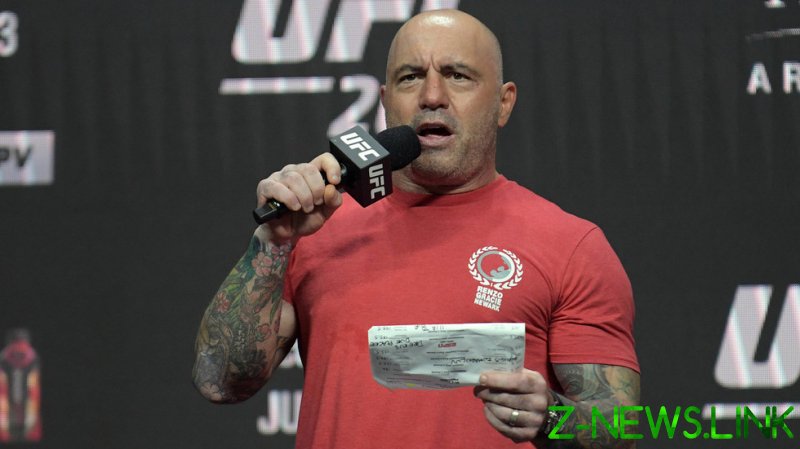 CNN’s public relations department made the bold statement to the Washington Post’s media critic, Erik Wemple, on Thursday in order to bolster the network’s defense against Rogan.

According to CNN, Rogan “sowed doubt in the proven and approved science of vaccines while promoting the use of an unproven treatment for covid-19 – a drug developed to ward off parasites in farm animals.”

CNN’s statement made clear that it still sees nothing wrong in their coverage.

Rogan recently spoke to CNN medical expert Dr. Sanjay Gupta on his podcast, where even Gupta acknowledged it was wrong for his network to describe ivermectin as simply a ‘horse dewormer’. Rogan, meanwhile, accused the network of knowingly lying for political purposes to make him look bad.

While the Post’s Wemple claims CNN makes “some good points” in their statement and acknowledges that the Centers for Disease Control and Prevention (CDC) does not recommend ivermectin specifically for Covid-19, he also said that CNN’s statement “sounds more like the work of an advocacy group than a journalism outfit.”

“Without saying it explicitly, this WashPost column by their media reporter documents that (a) CNN lied about Joe Rogan yet (b) defended its lies and refused to retract them or even correct them,” Greenwald tweeted, added that such behaviour “conflicts with CNN’s professed role as warriors against disinformation.”

“CNN’s position is that, because Joe Rogan dispensed irresponsible advice, they don’t have an obligation to cover him accurately,” pundit Josh Barro added, labeling the left-leaning network “embarrassing.”

Some even encouraged Rogan to use the statement as the final reason to actually sue the network, which he had threatened in the past.

CNN has remained defiant in their coverage of Rogan. Shortly after appearing on Rogan’s popular podcast, ‘The Joe Rogan Experience’, Gupta appeared on CNN with Don Lemon, where Lemon defended describing ivermectin as a horse dewormer and said “it’s not a lie” to describe it as such. Gupta did not exactly mount the defense he promised he would on the podcast, simply acknowledging that there is no evidence the drug works against Covid-19.