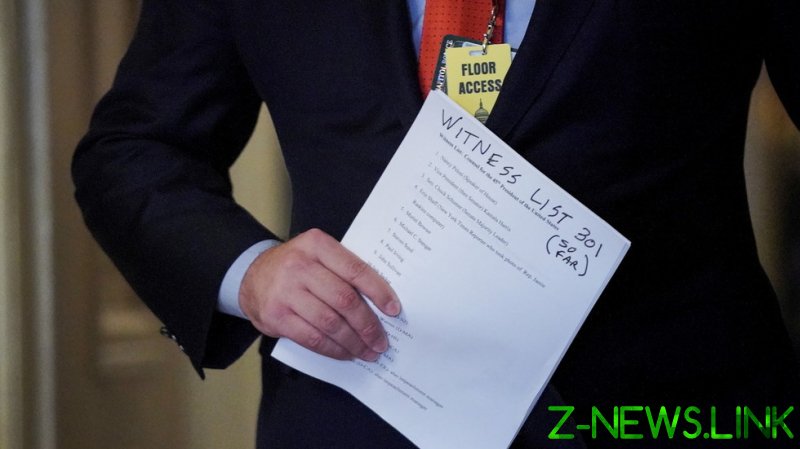 A handful of Republican defections on Saturday gave Democrats the votes they needed to call witnesses in the impeachment trial of former President Donald Trump. Rep. Jamie Herrera Beutler (R-Washington) was the only witness named, but according to CNN’s Dana Bash, bipartisan talks were underway to enter a CNN article into the trial record in place of an appearance by her.

The article in question was published on Friday and alleges that as Trump’s supporters entered the Capitol building, House Republican leader Kevin McCarthy begged the then-president to address them and quell the riot. “Well, Kevin, I guess these people are more upset about the election than you are,” Trump reportedly told McCarthy, before asking Trump “Who the f**k do you think you are talking to?”

The idea that CNN’s reporting could help convict Trump apparently excited some of the gaggle of fiercely anti-Trump voices at the network. However, after a short break at lunchtime, Senators agreed to enter a statement by Herrera Beutler into the record, rather than calling her to the stand or turning to CNN’s reporting.

The impact of Herrera Beutler’s statement is likely to be muted. Trump is charged with “incitement of insurrection,” with his words before the riot picked apart by Democrats for evidence of “incitement.” It is unclear how Trump’s call with McCarthy after the fact could have bolstered the prosecution’s case.

Even if it could, Democrats would have to win over 17 Republican Senators to secure a conviction against Trump, assuming all 50 Democratic Senators would vote to convict. Only a few Republicans are likely to do this, among them stalwart anti-Trumper Mitt Romney of Utah.

With no witnesses called, the trial could wrap up later on Saturday. Texas Sen. Ted Cruz (R) told reporters during a break in proceedings that “we could see this thing resolved and ended today.”