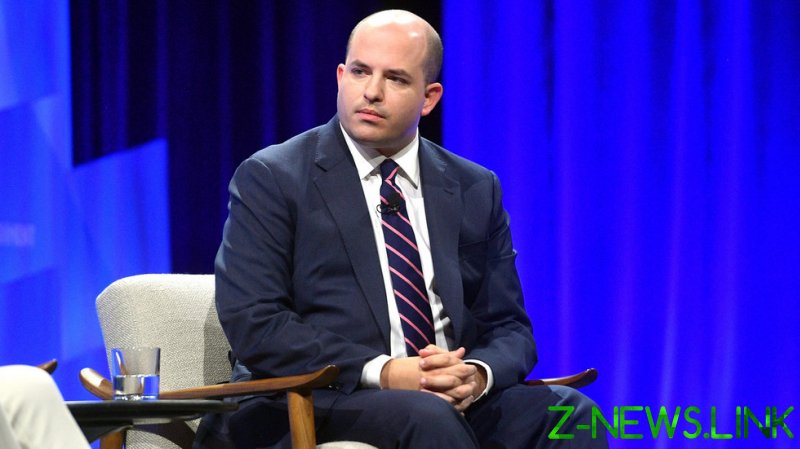 On his show Reliable Sources on Sunday, Stelter brought up the viral 2020 moment when ABC News’ Will Reeve had been caught reporting from home without pants on, during a Covid-19 lockdown.

Stelter then followed by saying he could “relate” to Reeve’s situation, airing an old video of himself reporting live without pants on, after being given “just two minutes’ notice” to appear on the network to discuss Trump’s ban.

Shortly after the segment aired on Sunday, and despite some minorpositive feedback, many social media users questioned why Stelter felt the need to show off his bare legs on cable television.

One user asked how it was possible that Stelter didn’t have time to put on pants but did “have time to ask someone to take a video of him, pants-less.”

“So basically, he thought this pants-less thing would be a cute and relatable story someday and had someone film him pants-less and then saved the footage for a segment months later,” they added.

Otherscalled the stunt unprofessional and “weird,” and pondered, “Are professionals really working from home in their underwear? And why go to the trouble to put on a button down and suite jacket and then say f*ck the pants? Does it save that much time?”

Fox News hosts Tucker Carlson and Sean Hannity also tore into Stelter, with Hannity claiming that the clip had traumatized him and been “seared” into his memory.

Stelter, however, defended his immodest display on Monday, shooting back: “Poor Hannity, ‘traumatized’ by the sight of me wearing shorts during a breaking news live shot from home.”

Stelter also revealed that his wife Jamie Stelter had recorded the video and said that he didn’t think the clip was “worth a news story.”