Clock is ticking: Trump says NO extension for TikTok deal deadline amid reports that firm wants to avoid sell-off 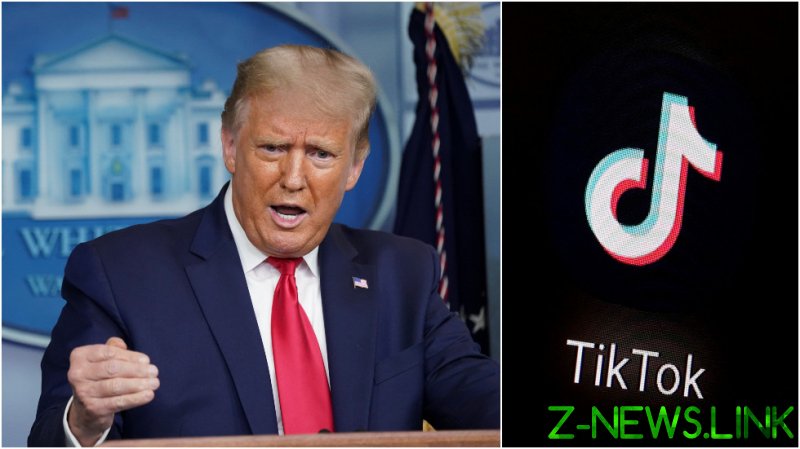 The original deadline for the sale will not budge, Trump told reporters on Thursday. That means TikTok’s Beijing-based owner, ByteDance, has less than a week to strike a deal, facing a sweeping ban in the US should it miss the cut-off date of September 15.

“We’ll see what happens. It’ll either be closed up or they’ll sell it,” the president said.

Under an August 6 executive order, the White House gave ByteDance 45 days to sell TikTok’s US operations to an American buyer, arguing the popular app poses a threat to privacy and national security. While a subsequent order later specified that the transaction would have to be completed by November 12, the company is likely to miss the deadline regardless. Talks with American firms interested in the buy-out, including Microsoft and Oracle, have run into complications, according to Bloomberg, while regulatory hurdles in China also risk drawing out the process, as ByteDance is required to submit any proposed deal for official approval.

The president’s comments on Thursday also appeared to dispel a recent report in the Wall Street Journal suggesting that US officials and ByteDance were discussing “possible arrangements” that would allow the company to avoid a full sell-off. While the report noted a sale is still possible, several “people familiar with the matter” said other options were also being considered, including allowing TikTok to partner with a US tech firm to help secure its data to circumvent a full sale. It is unclear whether those alternatives are still under consideration.

ByteDance has challenged the US executive orders in court, saying it preferred “dialogue over litigation,” but that it had “no choice” but to sue. The company argued the orders lack legal standing because ByteDance was denied due process, and said the Trump administration had failed to offer “credible evidence” to support its allegations about national security.

Washington has increasingly ramped up an offensive on Chinese tech firms and apps in recent months, not only taking on ByteDance and Tencent – the Chinese owner of the WeChat app – but also going after telecom giant Huawei, in all cases accusing the firms of stealing American data and threatening national security.