Home / WORLD / Climate Night Cringeathon: Late-night ‘comedians’ slated for teaming up to lecture the masses on saving the planet

Climate Night Cringeathon: Late-night ‘comedians’ slated for teaming up to lecture the masses on saving the planet 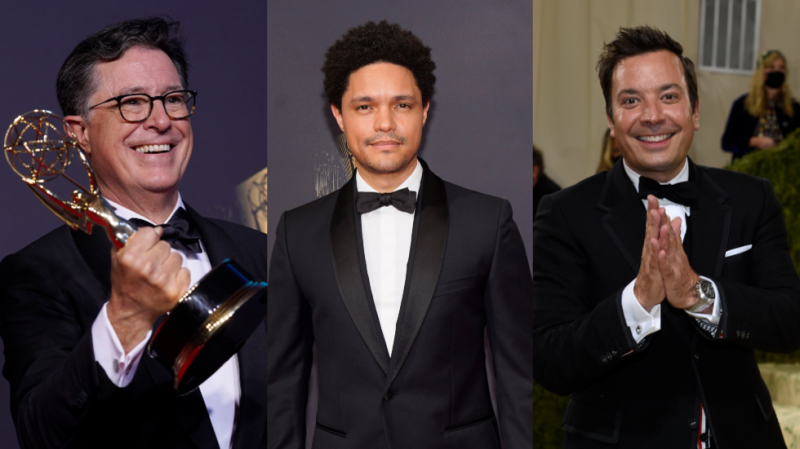 After four years of the same anti-Trump ‘jokes’, viewers would be forgiven for thinking that America’s late-night ‘comedy’ hosts were all reading from the same script. On Wednesday, they literally will be. Seven primetime hosts across multiple networks will focus their shows on climate change, blending jokes with liberal lecturing to tackle “the world’s hottest problem.”

The prospect of coordinated climate sanctimony was met with groans online. “Hey all, its Climate Night! When comedy is trumped by virtue signaling! And therefore: no longer comedy!” Fox News’ own late-night host, Greg Gutfeld, tweeted. “Its just the elite parroting assumptions that keep them elite,” he added. “These aren’t comics; they’re teachers pets.”

“It is nearly impossible to imagine a group of individuals who are more insufferable in how unfunny they are,” Lebanese professor Gad Saad tweeted, calling the hosts’ “wokeism” a “mind cancer.”

Other commenters hit out at the alleged comedians for their own lavish lifestyles. Celebrities who fly aboard private jets, they argued, are in no position to lecture the masses on their environmental sins.

And some climate change activists saw ‘Climate Night’ as ultimately pointless without any new action from Congress to cut down on carbon emissions or promote renewable energy.

While comedy-as-activism has become a mainstay of American television in recent years, it has existed for longer, and was generally frowned upon by legends of actual comedy. The late George Carlin described celebrity initiatives to “save the planet” as “rock stars and movie stars going to work off their cocaine guilt by saving a forest somewhere,” while Norm Macdonald, who passed away last week, once told an interviewer that the worst thing a comic can aim for is applause or agreement. “There’s a difference between a clap and a laugh,” he said. “A laugh is involuntary, but the crowd is in complete control when they’re clapping; they’re saying, ‘we agree with what you’re saying-proceed!’ But when they’re laughing, they’re genuinely surprised.”

Wednesday’s shows will likely offer few surprises, and fewer laughs, but plenty of applause from the like-minded liberals in the studio audience.