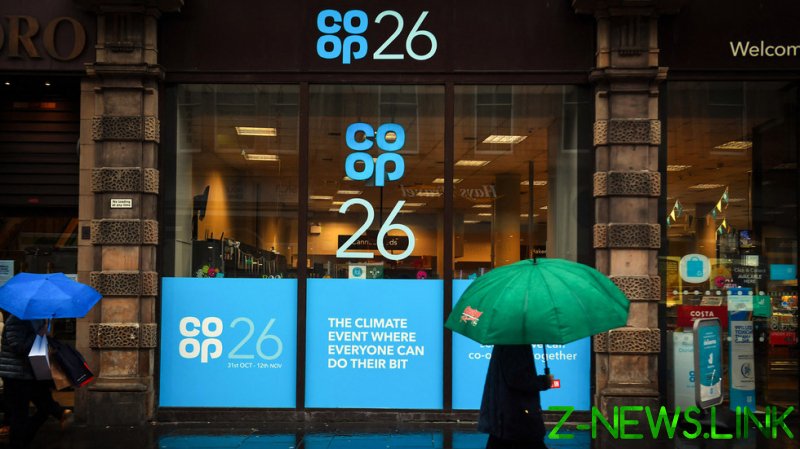 Faced with what could be a threat to all of humanity, countries do not unite, but come to the brink of fighting each other. Climate change, it seems, is a homemade equivalent of extraterrestrial invasion, and it’s already in full swing. It threatens humanity and clearly requires concerted action on a global scale. The question, which the blockbuster weighs in on, is whether we can put aside our differences and cooperate, or whether competition, quarreling and chaos will prevail.

The UN’s COP26 conference in Glasgow is a major test of whether our species can do just that. It’s too early to predict the outcome, but expectations should be low to start with. For one thing, the leaders of China and Russia, two of the most important states when it comes to climate change, will not attend in person.

But we should not read too much into this fact either. In the case of Russia, at least, the reason for president Vladimir Putin’s physical absence makes sense: his country is undergoing another severe wave of the Covid-19 pandemic. The Russian president may well appear by video link, but staying home is an understandable response and follows on from his absence at the recent G20 meeting as well.

More importantly, Moscow has recently signaled that it takes the challenge of climate change more seriously than ever before, announcing its aim of carbon neutrality by 2060, the same target year picked by China and Saudi Arabia. This is at least potentially very important news, not only because Russia accounts for 5% of global carbon dioxide emissions, but also because its record on combating climate change up until now has been weak. Its latest Climate Action Tracker rating is “critically insufficient.” Hence, any sign of a turn for the better should be taken seriously.

It is true that the international response to Moscow’s new approach has been mixed, including generic distrust as well as specific criticisms, such as claims that Russia plans to use forests for carbon capture may be overly optimistic. In addition, critics have pointed out that the Kremlin remains opposed to initiatives other states find promising or even indispensable, for instance a carbon border tax or an international agreement on methane emissions.

Yet the key point is that Russia has clearly signaled a change of position. To dismiss this step as merely a search for diplomatic leverage and positive “narrative” would be silly, for three reasons: First, experience shows that Russia under Putin is perfectly capable of confronting the West without any sugar coating. Second, if Russia was simply going to ignore its new approach after announcing it, why did it not do so earlier?

For the West not to at least keep an open mind and seriously explore this opportunity would be as shortsighted as if it had rebuffed Soviet leader Mikhail Gorbachev when he offered to end the Cold War. Luckily, even then, in the 1980s, the second ice age of the Cold War, key leaders in the West, including the arch conservatives Ronald Reagan and Margaret Thatcher, were prepared to give believing the Russians a try.

Moreover, it is simply plausible that Moscow is genuinely looking for a new approach, and not just because of the devastating forest fires in Siberia. Rather, Russia is facing serious challenges from climate change in general, as Western observers are pointing out: Most fundamentally, its economy and budget heavily rely on the sale of large amounts of oil and gas, which together make up over half of the country’s exports.

In addition, on the whole, Russia has high energy intensity, that is, its domestic production requires more energy per unit of Gross Domestic Product than the EU or the US. It also releases more carbon dioxide emissions. On both indicators, China and Russia are roughly equal, with a slight and growing advantage for China regarding energy intensity.

Add the challenges of thawing permafrost ground, the fact that relatively cheap energy at home is part of Russian politics, and Moscow’s need to finance both economic restructuring and a military posture that can protect its sovereignty and interests, and it is clear that climate change and how to respond to it as well as the changes it will bring in the international economy must become a state priority.

As always, in the West it is easy to sell assuming the worst about Russia. Time magazine somehow already thinks it knows that all that the Kremlin really wants at Glasgow is to sabotage the international response to global warming and delay common action as much as possible. Any Russian statements showing otherwise are quickly dismissed as mere rhetoric.

Yet that is, at the very best, a detrimental over-simplification. In reality, it makes no sense to assume that Moscow’s approach is so primitive, for one thing because that would be obviously self-damaging. In Russia as well the risks of climate change have by now been openly acknowledged, for instance by Putin at this year’s Valdai Discussion Club meeting. While some superficial Western commentators out for yet another infowar ‘gotcha’ moment have leaped at his unsurprising comments on cancel culture and gender identities, the real news was that it was the climate crisis that he mentioned first in his enumeration of severe systemic challenges to humanity.

Another statement he made at Valdai should have received serious attention: his rejection of global collective action – if conceived as above the national interests of individual countries. Instead, the Russian president suggested that international cooperation should be built on, to paraphrase, a constant search for win-win solutions between states, with, he proposed, a kind of special UN clearing-house mechanism to coordinate complementary opportunities and mutual, if always national, interests.

You may agree or disagree with this approach. Arguably, the world, as it now is, will need cooperation both above and within the interplay of national interests. But whatever your take, there is no doubt that Russia’s position matters. Moreover, Russia has been explicit about the fact that it expects concrete advantages in return for climate change cooperation, including in the form of the lifting of some sanctions.

In this situation, the West could make two terrible mistakes, and Russia one: The West could insist that negotiations over responses to climate change should be kept separate from other issues, which is the current US position. Yet Russia has been crystal clear that that is a non-starter. And, apart from Moscow’s wishes, it also makes little sense. In reality, climate change is a threat of such a scale that linkages to other areas of politics should be welcomed, as long as they help make progress against global warming.

Second, the West could play geopolitics by misconceiving the serious challenges that Russia is facing from climate change as an opportunity to bet on its weakening and decline. Foolish as such an attitude is, there can be little doubt that it will tempt many Cold War reenactors in the US and, alas, even Europe. Yet such an approach would mean to adopt perverse priorities that would end up damaging everyone. What needs to be done instead is to cooperate with Russia, with the requisite caution always appropriate between states but fundamentally in good faith: The interest in mitigating climate change is real, mutual, and outweighs shortsighted power games.

Russia, meanwhile, could be tempted to play hardball. That, too, would be a great mistake. There is a crucial difference between, on one side, asserting national interest and exploiting tactical opportunities, and, on the other, self-defeating intransigence. Moscow, like the West, will have to compromise. In fact, if it won’t, for instance on a carbon border tax, then the resulting damage will be twofold: Not only will cooperation stall and fail and the world get worse, but neo-Cold Warriors in the West will inevitably cite such a refusal as evidence that Russia is not sincere in general.

The Russian president’s climate envoy, Ruslan Edelgeriyev, has put it succinctly. “We have had conflicts, we have conflicts, and we will go on having conflicts,” he said, “but the climate doesn’t care.” Of course, he speaks with Russia’s national interests in mind. Yet that does not change the fact that he is right. We will all need to put working together against climate change first. Otherwise we soon won’t have much left to compete over.