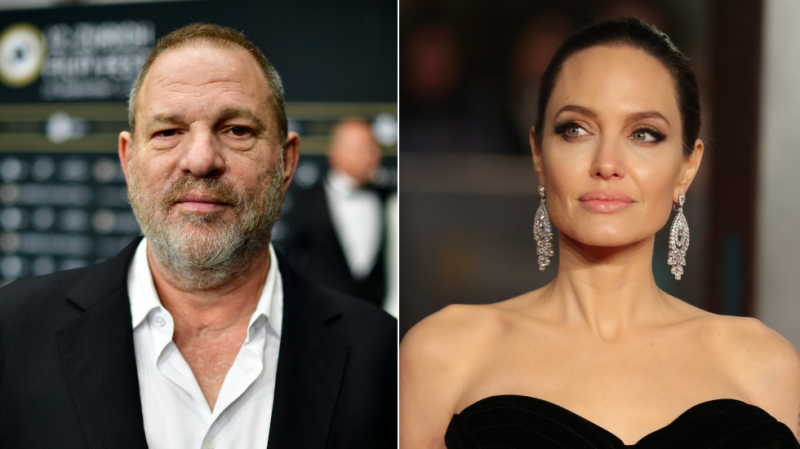 In an interview with The Guardian on Saturday, Jolie claimed to have been assaulted by Weinstein when she was 21 and starring in the 1998 movie ‘Playing by Heart’ – which was executive produced by Harvey and Bob Weinstein.

“If you get yourself out of the room, you think he attempted but didn’t, right? The truth is that the attempt and the experience of the attempt is an assault,” Jolie – now 46 – said, adding that she subsequently “warned people about him” and attempted to “spread the word” that women should not “go alone with” him.

Weinstein – who is currently serving a 23-year prison sentence for rape and sexual assault – soon shot back at the allegation, however, and claimed Jolie’s story was an attempt to boost sales for her recently released book ‘Know Your Rights.’

“It’s very clear to me that this is for more sales on Angie’s book. There was never an assault, and never an attempt to assault,” Weinstein told TMZ through an assistant, calling it “brazenly untrue and clickbait publicity.”

“You’re Angelina Jolie, every male and female in the world, I’m sure, shows interest in you. Is the whole world assaulting you?” he questioned.

In 2017, Jolie publicly revealed to have “had a bad experience with Harvey Weinstein” in her youth and “as a result, chose never to work with him again,” but did not explicitly accuse the producer of assault.