Home / WORLD / Clashes, arrests as thousands face off with riot police at protest against Covid-19 lockdown in Vienna

Clashes, arrests as thousands face off with riot police at protest against Covid-19 lockdown in Vienna 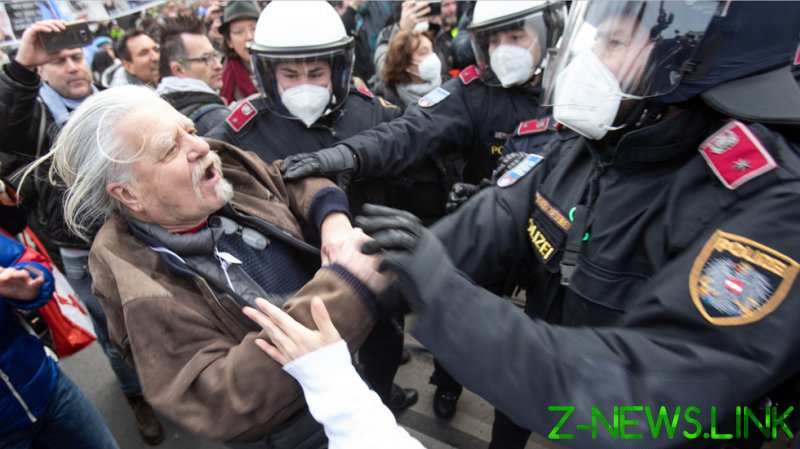 Between hundreds to thousands of demonstrators have gathered at the Maria Theresa Square in the center of the Austrian capital, according to various local media reports. The protesters defied the ban on the large protest issued by the authorities.

The demonstrators that soon occupied part of the Vienna Ring Road called the event a ‘Covid-19 walk’. Various fringe right-wing groups, hooligans, and coronavirus skeptics, among others, chanted slogans against the Covid-19 lockdown and Austrian Chancellor Sebastian Kurz. Some reports indicate that a number of protesters arrived from other regions of the country.

The protesters held placards and banners that read: “Media are the virus” and “Kurz must go.” Some of them also waved the flag of Austria. Police demanded the protesters follow the social distancing rules and wear masks, but the demands were ignored, the media said, adding that police declared the gathering illegal and demanded the crowd disperse in 15 minutes. 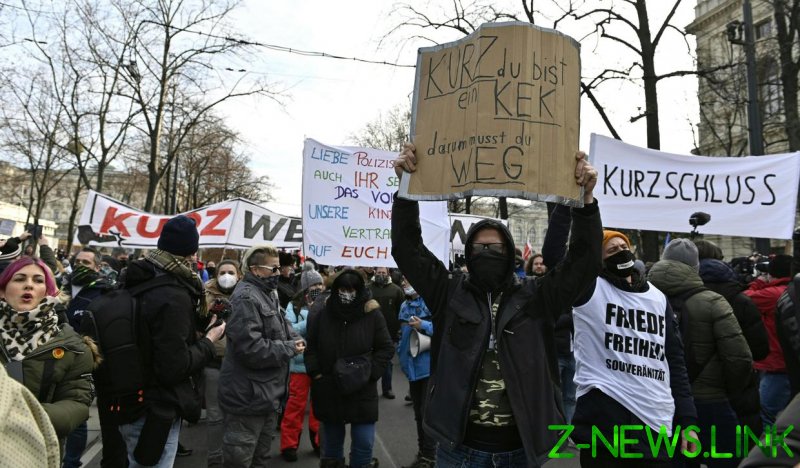 Large numbers of police in riot gear were deployed to the scene. They blocked a section of the Ring Road to prevent the crowd from marching to the Austrian parliament and the Vienna State Opera. The protest turned into a tense standoff with the police, with clashes between demonstrators and officers on the sidelines.

Several people were arrested, according to Austrian media. A video posted to social media shows that at least one journalist was among those arrested.

Earlier, an authorized demonstration took place elsewhere in the capital, but it was only attended by several dozen people. In total, the police banned 15 protests scheduled for this weekend to “keep major dangers to public health at bay.”

Another event organized by the right-wing Freedom Party (FPO) was eventually held online. During the event, former Interior Minister Herbert Kickl called the ban on demonstrations a “completely new kind of censorship,” and accused the Austrian media of collusion, which supposedly involves unanimous contempt in media reports for Covid-19 skeptics and scientists who have differing opinions. 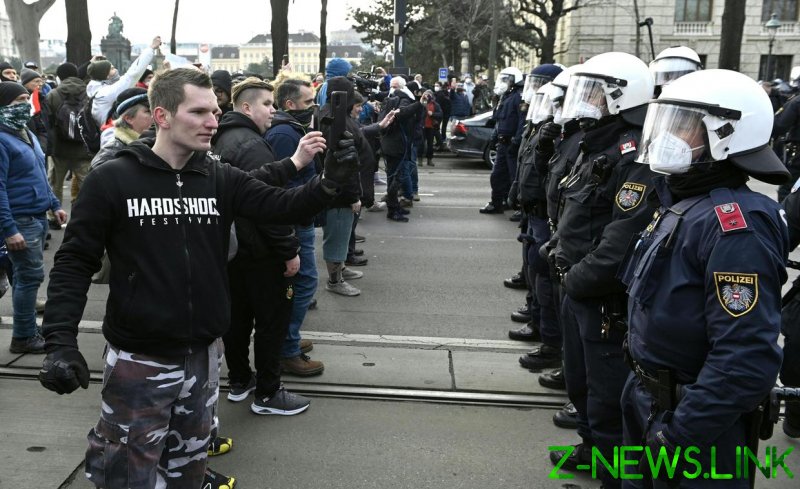 Austria entered its third national lockdown on December 26, and the restrictive measures have recently been extended up to early February. The government is also expected to review its lockdown policy on Monday and either extend it further, or relax some rules. Currently, all non-essential stores, museums, and schools are closed and entry rules for foreigners are tightened – apparently to discourage foreign tourists from flocking to popular ski resorts.

According to Austrian media, the restrictions have demonstrated some effectiveness, since the nation has moved from the 7,000 new cases per day it saw in November to around 1,500 new daily cases this week.