Home / WORLD / Clash in the Caucasus: As Georgia’s EU dream crashes on the rocks, bombastic Saakashvili’s dramatic return has been a non-event

Clash in the Caucasus: As Georgia’s EU dream crashes on the rocks, bombastic Saakashvili’s dramatic return has been a non-event 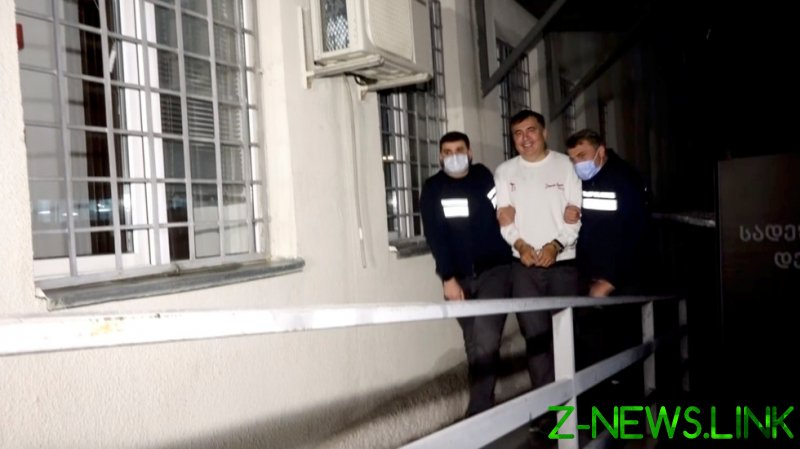 The small but strategically important Caucasus country elected the American-backed Mikhail Saakashvili to serve as president from 2004 to 2013. Still revered by some as an eminent reformer but loathed by others as a self-seeking political gambler given to histrionics and authoritarian tendencies, he has just tried and failed to stage a spectacular comeback, landing himself in custody.

It is clear that Saakashvili felt there was an opportunity not to be missed as Georgia held nationwide local elections. The stakes were higher than you would usually expect in such a vote, for three reasons: First, the campaign has been fiercely fought between parties that are far from respecting each other as legitimate democratic opponents. The vote has also taken place against the backdrop of a severe political crisis already smoldering for almost a year, after last year’s parliamentary elections led to allegations of fraud.

Second, invoking a political peace agreement sponsored half a year ago by the EU to resolve that crisis, the main opposition party, the United National Movement (UNM), has tried to treat this vote as a de facto referendum on the party in power, Georgian Dream. According to the original EU-compromise, Georgian Dream was supposed to follow up with early parliamentary elections if it gathered less than 43% of the votes in these local ones, yet even that agreement has become contentious. As of now, however, this issue will probably not matter, because Georgian Dream has passed that threshold anyhow, with – according to polls – over 46%.

The third reason is Saakashvili himself. After eight years in exile, he used his country’s difficult situation to announce his return, despite the fact he was wanted on a conviction of abuse of office and has also been deprived of citizenship. While he had made similar announcements before, this time he meant it. Having entered Georgia under unclear circumstances, he was quickly arrested and has now declared a hunger strike in prison. Ukraine, of which he is a citizen, has announced it will attempt to have him freed and returned.

In Georgia, at least for now, it seems his call for his supporters – especially those in his party, the UNM – to come out onto the streets for protests have failed. If, as is likely, his plan was to escalate a tense situation into a general crisis and ride back into power as a cross between a long-lost son and a national savior, then it hasn’t worked. But while Saakashvili may well have miscalculated what he could achieve by his risky return home – perhaps, in that respect, resembling the Russian transparency and electoral activist Alexey Navalny – his strategy had its reasons. Maybe the single most important one is something that Saakashvili may not be able to fully admit to himself: Now 53, he may well be running out of time. Not in terms of his biological age – young enough for a politician – but with respect to his political record. Very much unlike Navalny, Saakashvili has been in power –  for two terms or almost nine years – and the results were decidedly mixed. While he did achieve some reform successes, which endeared him to the West, he also failed, in an almost ordinary manner, by developing what Deutsche Welle describes as “autocratic traits,” and with a spectacular bang, by absurdly overestimating Western support and starting a hopeless war with Russia in 2008. During his long exile from Georgia, he has added a checkered political career in post-2014 Ukraine, again combining bluster with scandal and oscillating success in securing political office.

Saakashvili may well be desperate for one last chance to reassert himself and triumph over his many opponents and critics. That, however, is a terrible attitude for holding public responsibility or political power. If we add his pronounced tendencies of self-display, an even more disturbing picture emerges. Imagine a man with a Napoleon complex who feels he has made it back from St. Helena to finally show them all.

Clearly, there is another reason why Saakashvili felt returning to Georgia was a good idea. And this one he is perfectly aware of: He sees himself as indispensable, irreplaceable, and sorely missing from the political landscape of his country. Yet, ironically, that is where he is likely to be wrong and, moreover, he has provided the evidence himself: His return was a test, and his failure to ignite either a great protest or even any unusual mobilization at the local elections, where really only the respective parties’ core electorates seem to have turned out, are evidence of his degraded relevance to Georgian politics, for better or for worse.

That, in turn, may be a good sign. There is no doubt that Georgia is in deep crisis. Warnings about its deteriorating democracy and rule of law may sometimes come from interested parties, but they are very well founded. The local elections are already subject to allegations of fraud. There may still be protests, even if they won’t follow Saakashvili’s script. In general, Georgian Dream and the UNM are both incapable, as of now, of finding a democratic modus vivendi with each other.

But adding Saakashvili’s personal quest to recover former glory would make things worse again, because he is a prisoner of his own myth – polarizing, unreliable, and egocentric. He may insist, falsely, that his decline is all the fault of others – Russia, of course, always in first place – but, in reality, he mostly has himself to blame. But that issue doesn’t even matter anymore – it’s in the past. Just like Saakashvili’s role as a major politician, hopefully.