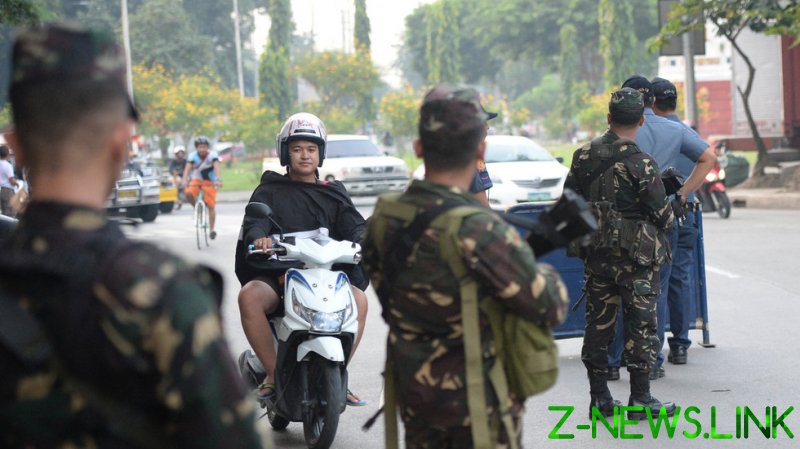 Members of the Bangsamoro Islamic Freedom Fighters (BIFF) seized the public market of Datu Paglas, located on the southern Philippines island of Mindanao, on Saturday morning, prompting the deployment of military and police units to the area.

Hundreds of residents fled the town, but some civilians were prevented from leaving by the militants, who used a truck to block a highway leading to the market, according to local media.

According to several reports, BIFF fighters reportedly opened fire as the military cordoned off the market. Purported footage of the skirmish shows soldiers taking cover near an armored vehicle as bursts of gunfire can be heard.

Other accounts, citing military officials, said the militants fired warning shots at civilians, and that the military returned fire. The firefight reportedly did not result in any injuries.

It’s still unclear why the militants raided the market. A military spokesman said it appears that BIFF members wanted to get food from the market, but their presence frightened residents who reported them to authorities. The militants then seized the market after fearing retaliation.

According to local media, the fighters eventually left the market, but operations were ongoing. Troops reportedly recovered several improvised explosive devices near the highway that had been blocked.