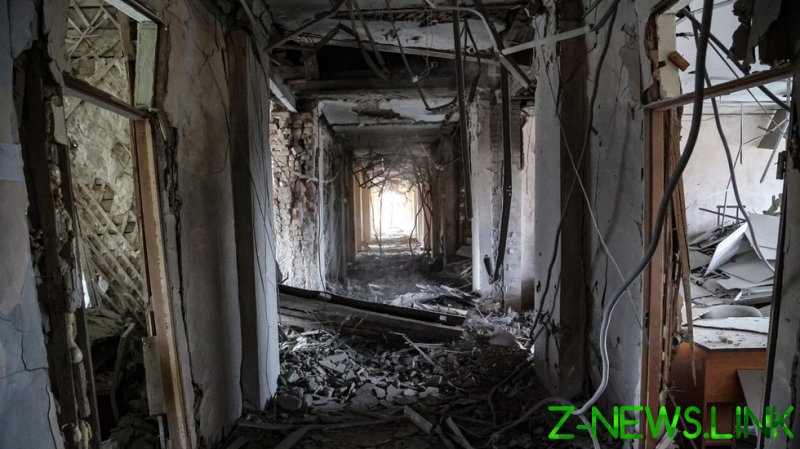 Weapons supplied to Ukraine by NATO countries have allowed Kiev’s military to significantly ramp-up attacks on civilian targets in Donbass, a local watchdog has said.

The group claims that over 4,500 civilians have been killed and 4,000 injured since Ukrainian forces escalated shelling in mid-February.

“Military terror has escalated beyond all limits after NATO members started supplying weapons to Ukraine,” the Joint Center for Control and Coordination (JCCC), a monitoring group that tracks attacks on the Lugansk and Donetsk People’s Republics, said on Wednesday.

“We have recorded a four-fold increase in the number of victims among the civilian population,” Natalya Shutkina, a representative from the Donetsk People’s Republic at the JCCC, said as quoted by TASS.

The JCCC held a press conference on Wednesday during which it showed fragments of Western shells and rockets collected after Ukrainian strikes in Donbass and explained the toll these attacks had taken.

Since February 17, 4,527 civilians have been killed, including 154 children, Shutkina stated. Another 4,317 civilians, including 274 children, have been injured, she said, adding that Ukrainian attacks have damaged over 12,000 homes, 128 medical facilities, and 67 sites required for providing basic utilities, such as water and heating.

The record-keeping begins in mid-February when the Donbas republics reported a significant escalation of strikes by Kiev in the lead-up to Russia having recognized the DPR and LPR as sovereign states and pledged to defend them. The two regions have since been incorporated into Russia following referendums in September.

Shutkina pointed out that the weapon systems provided by the US and its allies are supposed to be more accurate than the Soviet-era artillery guns and rocket launchers that Ukraine possessed previously. This leads the JCCC to believe that the Ukrainian attacks on civilian facilities have been intentional rather than being part of indiscriminate strikes, she stressed.

Darya Morozova, the human rights ombudsman for the Donetsk People’s Republic, urged international organizations to acknowledge Kiev’s actions, arguing that “if the world community didn’t encourage the Ukrainian leadership with its inaction, the war in Donbass would have stopped a long time ago.” She called on Kiev’s sponsors to stop sending heavy weapons to Ukraine.