City under fire as UN nuclear inspectors head to the area 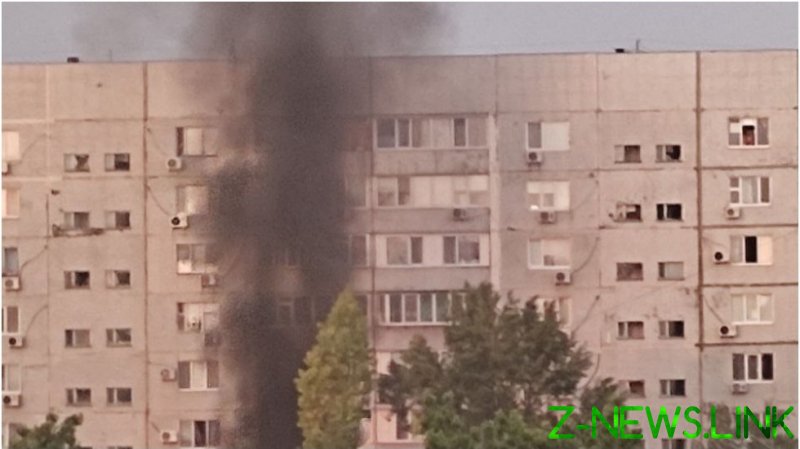 Videos and photos posted on social media show clouds of smoke rising from the buildings.

The news comes as a team from the International Atomic Energy Agency (IAEA) is heading to visit the embattled Zaporozhye Nuclear Power Plant located near Energodar.

Europe’s biggest nuclear plant was seized by Russian forces shortly after Moscow launched its military operation in the neighboring country in late February. The facility, which continues to operate with local staff, has repeatedly come under fire, with Moscow and Kiev blaming each other for the attacks.