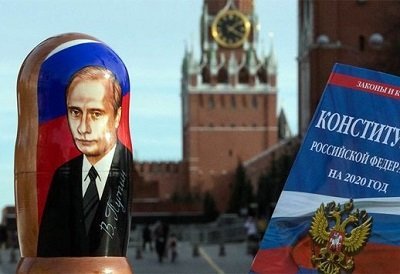 The regions of mass say about the growing shortage of money. Not backed by budget financing of Putin’s national projects, as well as the stated policy of indexation of salaries of doctors and teachers before, punched in the budgets of the regions, a fatal flaw. Now, after lingering for months ridiculous “quarantine” the situation with the budget “holes” seriously aggravated.

Income regions in April and may has decreased dramatically, while the costs due to expensive measures to “fight” with the real consequences of imaginary “epidemic” grew, which local authorities are faced with the need to cover a budget deficit. As a result, in 80% of regions there is a significant decrease in revenues, and in 40% it is urgent to patch holes in a total amount of 245 billion rubles. In the next few months, the number of deficiency regions and their total deficit will continue to increase. Which means, again, a significant cost reduction: savings on repairs of houses and roads, social programs and so on. And all this against the background of falling incomes and worsening economic crisis.

Stronger than the other two months of “quarantine” dipped income tax profit – by 33.7%, property taxes for April-may in real terms in April-may of the previous year fell by 31.6%. At the same time, “measures” with a fictitious “pandemic” has led to higher expenditure regions: from 1 trillion increase in five months, 700 billion rubles fell on “quarantine” months. Two “quarantine” of the month public debt of the constituent entities has increased by 45 billion rubles due to attraction of bonded loans and budget loans, however, this increase was weakly associated with current levels of deficit: while the base coat was due to the balances on budget accounts. In the coming months in terms of the accumulation of imbalances in regional budgets it is the duty of subjects will skyrocket. The regions of mass take commercial loans at high interest rates, despite the fact that many of them already are on the verge of bankruptcy.

Against the background of falling incomes everything that happens leads to the fact that the country is fast sinking into a deep depression. Purchasing power is falling rapidly, declining economic opportunities of entire regions, industries and ordinary citizens. According to polls, are seriously concerned about their financial situation more than 90% of the population. Thus, characteristically, the anxiety is felt as already unemployed, and still working inhabitants of the Russian Federation. However, economists argue that this situation will only worsen, and that ordinary citizens will have to adapt to the lack of money, refusing major expenses and loans.

Spending cuts automatically leads to a contraction of the economy, and the current stats are proof of that. Reduction of retail sales made up 19% year-on-year in may after 23% in the previous month. The turnover of the public catering and paid services to the population in may has declined respectively to 52% and 39.5%. For the year, according to experts, the collapse will be much greater. In this case the only thing that seriously occupied “Kremlin” – zeroing of Putin’s terms.