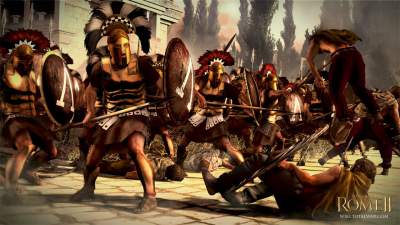 In Divided Empire, will appear a large campaign that is set in the third century of our era.

Four years after the release of the Creative Assembly are back to Total War: Rome II. The developers have prepared a large Supplement Empire Divided — it will be released November 30. To help you understand what was happening, the Studio also concocted a cinematic trailer.

Recall that in the Empire Divided will be given a large campaign that is set in the third century of our era, the critical point in the history of the Roman Empire. Players will be offered five cultural groups with ten factions: they boast well thought-out conditions for victory, famous leaders, and manually created a chain of accidents.

In addition, Empire Divided will be events specific to the historical period, unique structures, recycled technology and new features of the campaign: outbreak of plague, cults and banditry.

Empire Divided it is already possible to pre-order on Steam. Addition require the original Total War: Rome II. However, until December 4, the base game give a discount of 66%.

And don’t forget: Empire Divided — only the first of a series of heterogeneous additives. Then Creative Assembly will be releasing a mini-series of Total War Saga.