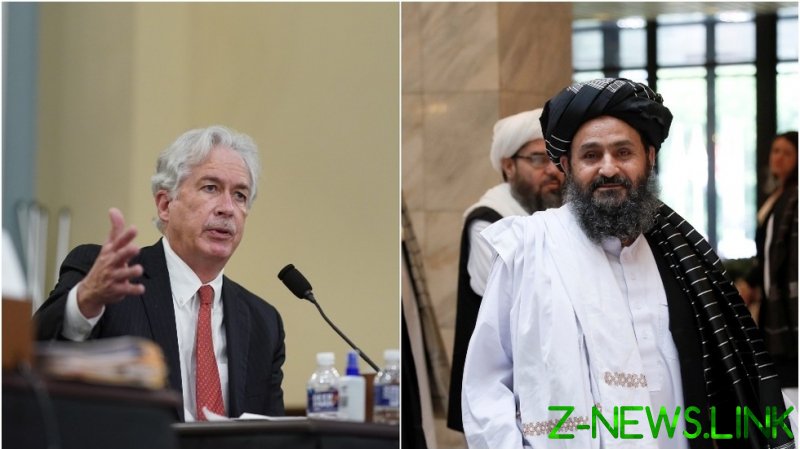 Burns conducted face-to-face talks with the Taliban’s de facto leader Abdul Ghani Baradar in Kabul on Monday, the Washington Post reported, citing US officials who spoke on the condition of anonymity.

The CIA declined to comment on the report. A spokesperson for the agency told Axios last week that Burns was “fully engaged on Afghanistan.” The CIA chief embarked on a six-day trip to the Middle East, visiting Egypt, Lebanon, Israel, and the West Bank.

The paper did not report any details about the meeting, but the news comes amid concerns that the US will not be able to evacuate all of its nationals and allied Afghans from Kabul by the August 31 deadline for the US troop withdrawal.

The Taliban warned of “consequences” if American soldiers overseeing the evacuation stay beyond the deadline. US President Joe Biden, meanwhile, has refused to rule out that the evacuation may need to continue after August 31.

A White House official told Reuters on Monday that Biden would decide within 24 hours whether to extend evacuations.

Biden admitted that his administration was effectively caught off guard by how quickly Kabul and the majority of Afghanistan fell to the militants. The US military has stepped up evacuations in recent days, enlisting six commercial airliners to help with the airlifts.

Around 48,000 people have been brought from Afghanistan to safety since August 14, according to the White House.