Home / WORLD / Chuck some borscht on the barbie? Amid Australian news row, Facebook ‘accidentally’ clamps down on RUSSIAN CULTURE SITE

Chuck some borscht on the barbie? Amid Australian news row, Facebook ‘accidentally’ clamps down on RUSSIAN CULTURE SITE 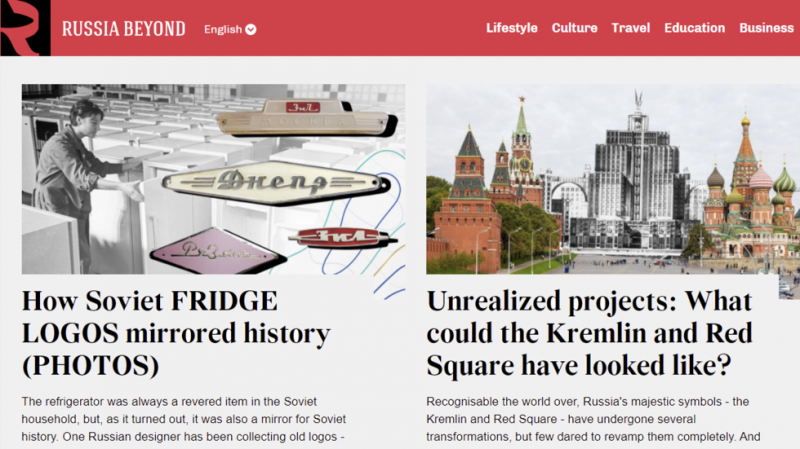 As of Wednesday, Australian Facebook users found themselves unable to share links to local and international news sites, a change that Facebook implemented as retaliation against the Australian government for legislation that would require Facebook and other companies to pay news creators for their content. Globally, all users are forbidden from sharing links to Australian news sources.

Facebook said it would use a “combination of technologies” to enforce the ban, but an incident on Friday revealed that these technologies evidently don’t know that Australia is some 10,000 kilometers from Russia.

Users trying to share links to ‘Russia Beyond the Headlines,’ (RBTH) a Russian travel, culture and history site, were informed by Facebook on Friday that the site is banned “in response to Australian government legislation.”

Editor-in-chief Vsevolod Pulya sarcastically described the ban as the result of Facebook’s “smart algorithms,” which he said somehow “categorized a page about Russia, which has the word ‘Russia’ in its title and a dozen admins with confirmed residence in Moscow, as an AUSTRALIAN source.”

“I’ll go feed my kangaroo and start packing for surfing on the long weekend,” Pulya snarked.

With articles on the aesthetic design of Soviet refrigerators and the “7 BEST ways to say ‘I LOVE YOU’ in Russian” gracing its homepage, there’s little doubt that RBTH is a Russian enterprise – but that’s all the same to the Silicon Valley giant, which has reportedly blocked full direct links to the site for two straight days now.

RBTH wasn’t the only site mistakenly caught up in Facebook’s crackdown down under. The blanket ban claimed dozens of collateral victims at home, wiping the pages of South Australia’s government, the Western Australian Department of Fire and Emergency Services, local health districts in Sydney, several charities and cancer NGOs, and many others, even the Bureau of Meteorology.

Facebook blamed the mistakes on the Australian government, with a company spokesperson saying “as the law does not provide clear guidance on the definition of news content, we have taken a broad definition in order to respect the law as drafted.”

Despite the headache for Australia, the proposed media law has its admirers abroad. Canadian Heritage Minister Steven Guilbeault said on Thursday that he will begin drafting similar legislation, and called Facebook’s policy of punitive content bans in response “totally unsustainable.”