Chubais predicted that Russia “serious problems” after the pandemic coronavirus 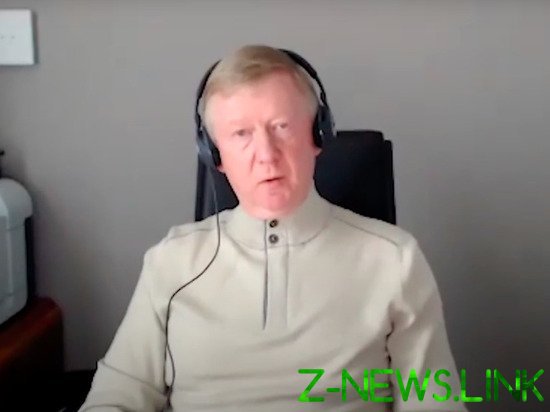 Experience of 90 years will not help, said the head of “RUSNANO”

After the end of the pandemic COVID-19 Russia will face enormous challenges, in which the experience of survival in the 1990-ies will be useless. This opinion was expressed by the head “RUSNANO” Anatoly Chubais in Forbes.

According to Chubais, some predictions about the Russian claim that the country will collapse, mass starvation, but he disagrees. In his opinion, the economy avoids such a scenario.

“There will be severe problems of a different kind, but hunger is not, because the country has market economy,” Chubais said in an interview.

The worst thing that can happen because of the crisis, said the head of “RUSNANO”, this strong growth of prices of various goods. In this respect, the current crisis is fundamentally different from what was in the 90s. he has a lot of features, and speaking on a global scale, it is more comparable with the great depression of 1929-1933.

“I must just say that our experience of the 1990s, in my understanding, in today’s crisis is not demand — it is about the other,” he added.

Despite the seriousness of his position, Russia is able to get out of it thanks to the available reserves. The country has one of the lowest public debt to GDP in the world (14%), which gives the opportunity for borrowing. In addition, Russian gold and currency reserves of 500 billion dollars, which also gives space maneuvers. In the 90 reserves of the Russian Federation was missing, according to Chubais, for four days of sales of currency on the exchange. Then the Russian authorities “in the balance passed”, and now resources enough to get out of the crisis a year and a half. And to make it as painless as possible for people, thereby reducing this difficult period of life.