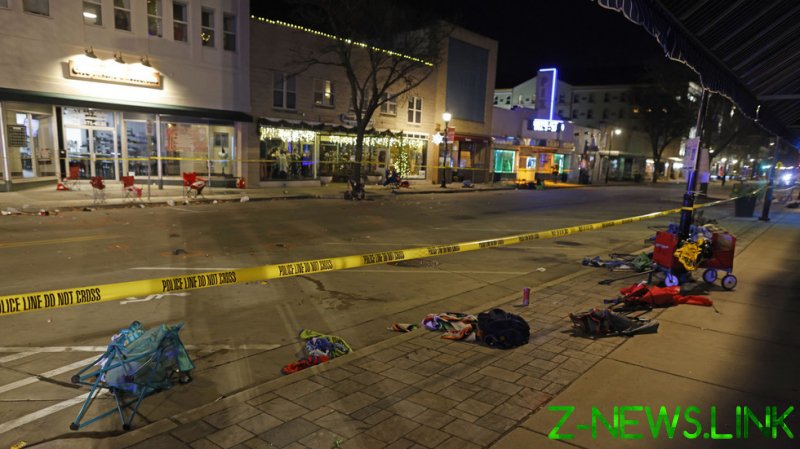 Waukesha police said the number of casualties could change, as many people went to the hospital on their own, rather than by ambulance. The identities of the victims have not been made public.

A person of interest who remains in police custody was not identified either. Unconfirmed reports citing exchanges on police radio overheard via a scanner claim that the suspect could be a black man in his late 30s with a criminal record related to battery, domestic abuse, and reckless endangerment. The person in question was released on bail earlier in the week.

The red SUV sped through a barricade and plowed through a Christmas parade, leaving behind a trail of terror and destruction. Many of the victims were children attending the parade.