Home / WORLD / Christ the Redeemer statue lights up with a message: ‘Vaccine Saves’

Christ the Redeemer statue lights up with a message: ‘Vaccine Saves’ 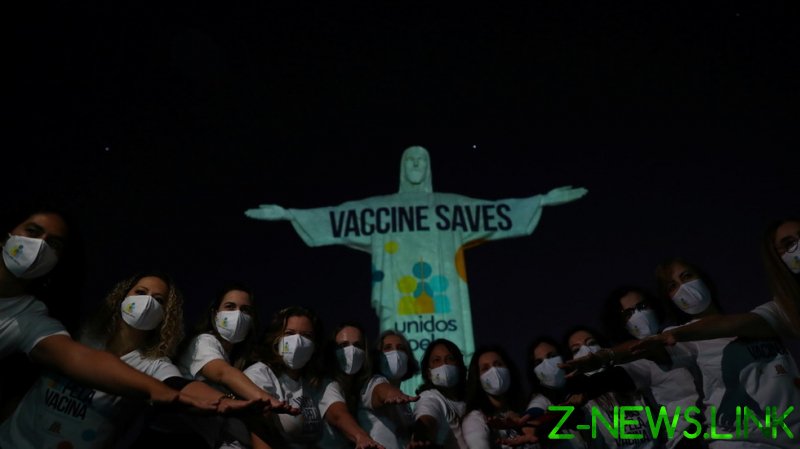 The statue, which depicts Jesus Christ, arms outstretched, on the hillside of Rio, was emblazoned with the slogans “vaccine saves” and “united for vaccines.” The display was organized by the Cristo Redactor Sanctuary and the Ogilvy Brazil advertising agency.

Some believers, however, did not appreciate the message, condemning it as blasphemous.

Brazil has been one of the countries hit hardest by the virus, with over 436,000 deaths – taking the number-two spot worldwide after the United States. President Jair Bolsonaro’s government has been heavily criticized for its handling of the pandemic – from downplaying the health crisis to failing to secure the needed amount of vaccines in a timely manner.

The president has defended his policies nonetheless, claiming they helped to keep the country’s economy afloat. Last week, he announced that more than $1 billion would be spent on vaccine production and distribution.

Currently, around 33 million people, or some 15% of Brazil’s population of 211 million, have received at least one vaccine dose.