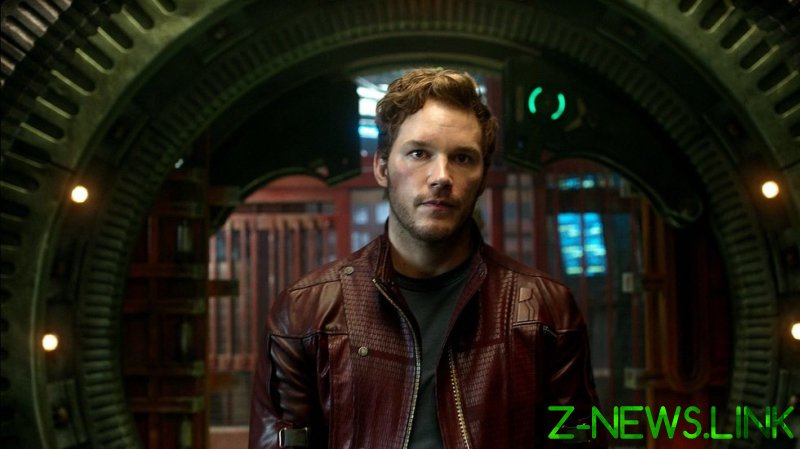 Chris Pratt made a name for himself getting chased by dinosaurs in the Jurassic World franchise films, but the woke are now out to get him for allegedly having what they deem to be the political and cultural beliefs of a caveman.

Pratt originally shot to fame as the lovable lug Andy Dwyer on the NBC sitcom Parks and Recreation, and went on to movie stardom as the leading man in the Jurassic World, Guardians of the Galaxy and The Lego Movie franchises. Unfortunately, he is now squarely in the cancel culture crosshairs of the woke Twitter mob for potentially being a secret, homophobic, Trump supporter.

This Pratt incident began when TV writer Amy Berg posted pictures of the four famous Chrises – Chris Evans, Chris Pine, Chris Hemsworth, and Chris Pratt, on Twitter and said “one has to go.”

Pratt’s bio that sparked that comment reads, “I Love Jesus, My wife and family! Seahawks fanatic, MMA junky!” The horror. The horror.

This Pratt episode is amusing because while he is known for dinosaur movies, it is the woke who are acting out of their lizard brains, as the evidence of Pratt being homophobic and a white Christian supremacist is… well… entirely non-existent.

Last year, after actress Ellen Page attacked Pratt on Twitter for being a member of an “infamously” anti-LGBTQ church, Pratt responded, “It has recently been suggested that I belong to a church which ‘hates a certain group of people’ and is ‘infamously anti –LGBTQ.’ Nothing could be further from the truth. I go to a church that opens their doors to absolutely everyone.”

Of course, just because an emotionalist buffoon like Page says something doesn’t make it so, as she famously once gave a hysterical speech on the Late Show with Stephen Colbert decrying the homophobia and racism in America that led to the “attack” on Jussie Smollett. A claim that has not held up particularly well.

The lack of evidence regarding Pratt’s homophobia hasn’t deterred the Twitter mob from marking Pratt for termination though, which is ironic since Pratt’s father-in-law is former Republican Governor of California Arnold Schwarzenegger.

The other thing that seems to have galled the tiny Torquemadases of Twitter are Pratt’s ambiguous political beliefs.

Even though Pratt has never declared his support for Trump, the maniacal mob assumes he does because he also hasn’t said if he supports Biden. Although Pratt’s wife, Katherine Schwarzenegger, has publicly stated she will be voting for Biden.

The cancel culture clan point to Pratt’s not attending an upcoming Avengers fundraiser for Biden, and that he was also once photographed by a paparazzo wearing a Gadsden Flag t-shirt that said ‘Don’t Tread on Me’, as iron-clad proof of the star’s evil political intentions, but this seems like a short cut to thinking.

He was also blasted by woke activists for joking about voting, with humorless morons branding him insensitive and tone deaf. All Pratt had done was make a light-hearted quip about voting for his kids’ movie Onward at the People’s Choice Awards. According to the fun police on Twitter, this election is “too important” for such frivolity.

Pratt’s lone, unambiguous statement on politics, besides his contribution of $1,000 to Obama’s campaign in 2012, was in 2017 in Men’s Journal where he said, “I really feel there’s common ground out there that’s missed because we focus on the things that separate us… I don’t feel represented by either side.” What a monster!

The idea that the mental midget McCarthy-ites on woke Twitter want to cancel Pratt because he said and did nothing… is absurd to the point of madness.

Chris Pratt has graciously kept his politics private, unlike a host of other approval-addicted actors who flaunt their “fashionable” beliefs for 15 more minutes of fame. Pratt shouldn’t be excoriated for imagined beliefs that people project onto him, he should only be judged by what he does and what he says in life.

“My faith is important to me but no church defines me or my life, and I am not a spokesman for any church or group of people. My values define who I am. We need less hate in this world, not more. I am a man who believes that everyone is entitled to love who they want free from the judgement of their fellow man.”

He then wrote, “Jesus said, ‘I give you a new command, love one another.’ This is what guides me in my life. He is a God of Love, Acceptance and Forgiveness. Hate has no place in my or this world.”

That statement speaks glorious volumes about the quality and worth of Chris Pratt as a human being.

The recent unwarranted vilification of Pratt speaks volumes too, not about him, but about the vapid, vacuous and venal villains partaking in it.

I’ve never been much of a fan of Pratt’s acting… but this whole Twitter Pratt attack has left me admiring the man for his groundedness and humility.