Home / WORLD / Chris Hedges: We Americans kill with an inchoate fury. The evil we do is the evil we get

Chris Hedges: We Americans kill with an inchoate fury. The evil we do is the evil we get 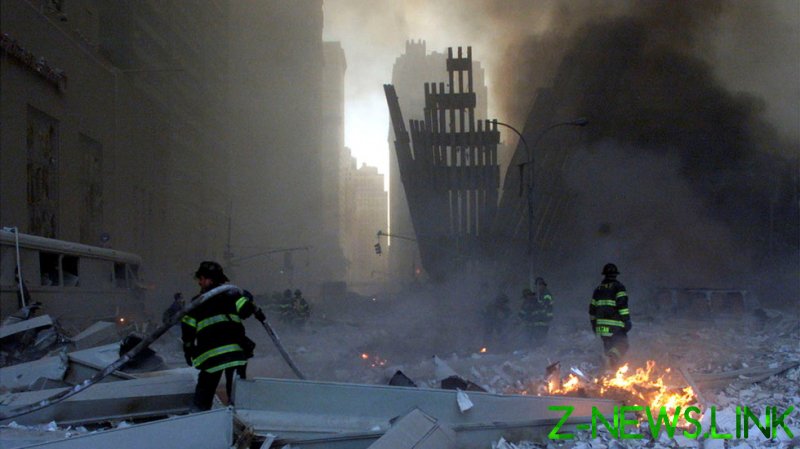 I was in Times Square in New York City shortly after the second plane banked and plowed into the South Tower. The crowd looking up at the Jumbotron gasped in dismay at the billowing black smoke and the fireball that erupted from the tower. There was no question now that the two attacks on the Twin Towers were acts of terrorism. The earlier supposition, that perhaps the pilot had a heart attack or lost control of the plane when it struck the North Tower seventeen minutes earlier, vanished with the second attack. The city fell into a collective state of shock. Fear palpitated throughout the streets. Would they strike again? Where? Was my family safe? Should I go to work? Should I go home? What did it mean? Who would do this? Why?

The explosions and collapse of the towers, however, were, to me, intimately familiar. I had seen it before. This was the familiar language of empire.  I had watched these incendiary messages dropped on southern Kuwait and Iraq during the first Persian Gulf War and descend with thundering concussions in Gaza and Bosnia. The calling card of empire, as was true in Vietnam, is tons of lethal ordnance dropped from the sky. The hijackers spoke to America in the idiom we taught them.

The ignorance, masquerading as innocence, of Americans, mostly white Americans, was nauseating. It was the worst attack on American soil since Pearl Harbor. It was the greatest act of terrorism in American history. It was an incomprehensible act of barbarity. The stunningly naive rhetoric, which saturated the media, saw the blues artist Willie King sit up all night and write his song “Terrorized”.

“Now you talk ‘bout terror,” he sang. “I been terrorized all my days.”

But it was not only Black Americans who were familiar with the endemic terror built into the machinery of white supremacy, capitalism, and empire, but those overseas who the empire for decades sought to subdue, dominate, and destroy. They knew there is no moral difference between those who fire Hellfire and cruise missiles or pilot militarized drones, obliterating wedding parties, village gatherings or families, and suicide bombers.

America was attacked because the virtues we espouse are a lie. We were attacked for our hypocrisy. We were attacked for the campaigns of industrial slaughter that are our primary way of speaking with the rest of the planet. Robert McNamara, the Secretary of Defense in the summer of 1965, called the bombing raids, which would eventually kill hundreds of thousands of civilians north of Saigon, a form of communication with the communist government in Hanoi.

The lives of Iraqis, Afghanis, Syrians, Libyans, and Yemenis are as precious as the lives of those killed in the Twin Towers. But this understanding, this ability to see the world as the world saw us, eluded Americans who, refusing to acknowledge the blood on their own hands, instantly bifurcated the world into good and evil, us and them, the blessed and the damned. The country drank deep of the dark elixir of nationalism, the heady elevation of us as a noble and wronged people. The flip side of nationalism is always racism. And the poisons of racism and hate infected the American nation to propel it into the greatest strategic blunder in its history, one from which it will never recover.

We did not, and do not, grasp that we are the mirror image of those we seek to destroy. We too kill with an inchoate fury. Over the past two decades, we have extinguished the lives of hundreds of thousands of people who never sought to harm the United States or were involved in the attacks on American soil. We too use religion, in our case the Christian faith, to mount a jihad or crusade. We too go to war to fight phantoms of our own creation.

I walked down the West Side Highway that morning to the moonscape the Twin Towers had become after they collapsed. Climbing over the rubble, hacking and coughing because of the toxic fumes from the burning asbestos, jet fuel, lead, mercury, cellulose, and construction debris, I saw the tiny bits of human flesh and body parts that were all that remained from the towers’ nearly 3,000 victims. It was obvious no one in the towers when they collapsed survived.

The manipulation of the images, however, had already begun. The scores of “jumpers,” those who leapt to their deaths before the collapses, were censored from the live broadcasts. They seemed to wait for turns. They often fell singly or in pairs, sometimes with improvised parachutes made from drapes, sometimes replicating the motions of swimmers. They reached speeds of 150 miles an hour during the 10 seconds it took before they hit the pavement. The bodies made a sickening thud on impact. All who saw them fall spoke of this sound.

The mass suicide was one of the pivotal events of 9/11. But it was immediately expunged from public consciousness. The jumpers did not fit into the myth the nation demanded. The hopelessness and despair were too disturbing. It exposed our smallness and fragility. It illustrated that there are levels of suffering and fear that lead us to willingly embrace death. The “jumpers” reminded us that one day we will all face only one choice and that is how we will die, not how we will live.

The story being fabricated out of the ashes of the Twin Towers was a story of resilience, heroism, courage and self-sacrifice, not collective suicide. So, the mass murder and mass suicide were replaced with an encomium to the virtues and prowess of the American spirit.

The nation, fed this narrative, soon parroted back the clichés about terror. We became what we abhorred. The 9/11 deaths were used to justify the invasion of Afghanistan, “Shock and Awe”, targeted assassinations, torture, offshore penal colonies, gunning down families at checkpoints, airstrikes, drone attacks, missile strikes and the killing of dozens and soon hundreds and then thousands and later tens of thousands and finally hundreds of thousands of innocent people. The corpses piled up in Afghanistan, Iraq, Syria, Libya, Somalia, Yemen, and Pakistan, justified by our beatified dead. Twenty years later these dead haunt us like Banquo’s ghost.

The intoxication of violence, the anodyne of war, is a poison. It condemns critical thought as treason. Its call to patriotism is little more than collective self-worship. It imparts a god-like power and license to destroy, not only things, but other human beings. But war is, ultimately, about betrayal, as the defeat in Afghanistan elucidates. Betrayal of the young by the old. Betrayal of idealists by cynics. Betrayal of soldiers and marines by war profiteers and politicians.

War, like all idols, begins by demanding the sacrifice of others but ends with the demand for self-sacrifice. The Greeks, like Sigmund Freud, grasped that war is the purist expression of the death instinct, the desire to exterminate all systems of life, including, ultimately, our own. Ares, the Greek god of war, was frequently drunk, quarrelsome, impetuous, and a lover of violence for its own sake. He was hated by nearly all the other gods, except the god of the underworld, Hades, to whom he delivered a steady stream of new souls. Ares’s sister, Eris, the goddess of chaos and strife, spread rumor and jealousy to fan the flames of war.

The defeat in Afghanistan has not forced a reckoning. The media coverage does not acknowledge the defeat, replacing it with the absurd idea that, by withdrawing, we defeated ourselves. The plight of women under Taliban rule and the frantic effort of the elites and those who collaborated with the foreign occupation forces to flee are myopically used to ignore the two decades of unmitigated terror and death we perpetrated on the Afghan people.

This moral fragmentation, where we define ourselves by tangential and often fictitious acts of goodness, is a psychological escape hatch. It allows us to avoid looking at who we are and what we have done. This willful blindness is what the psychiatrist Robert Jay Lifton calls “doubling,” the “division of the self into two functioning wholes, so that the part-self acts as an entire self.” This doubling, Lifton noted, is often done “outside of awareness.” And it is an essential ingredient to carrying out evil. If we refuse to see ourselves as we are, if we cannot shatter the lie perpetuated by our moral fragmentation, there is no hope of redemption. The gravest danger we face is the danger of alienation, not only from the world around us, but from ourselves.

This article was first published on Scheerpost