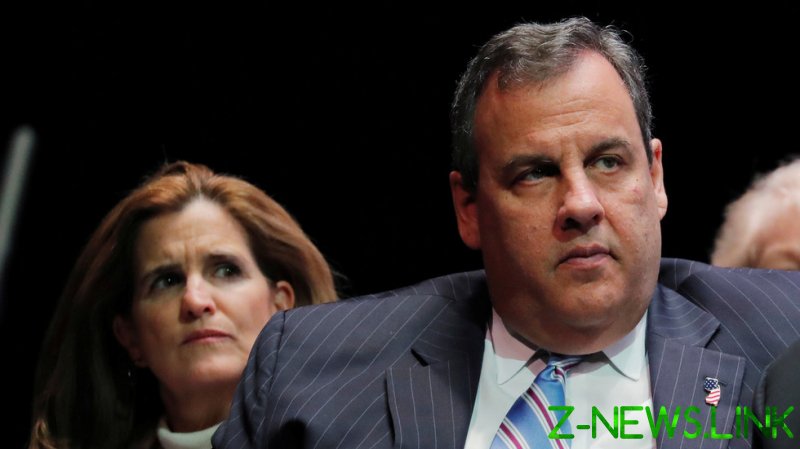 Mendham Township schools Superintendent Salvatore Constantino claimed to the New York Post that multiple positive cases of the virus were found among students and adults following the recent bar mitzvah of Christie’s nephew, the son of Christie’s brother Todd and his wife, Andrea.

“There were, unfortunately, a few adult cases and a few student cases that came out of it,” Constantino said, acknowledging that there were already “a few” other positive cases, leading the school to switch to virtual learning on Friday. It was not specifically said how many cases could have stemmed from the party, but it’s believed to be lower than a dozen.

Unable to “ensure a safe environment,” the decision was made to return Mendham Middle School to virtual learning, though, the superintendent insists, “we are actually in very good shape.”

“We’re back in session and ready to go by Monday,” Constantino claimed.

The Christie bar mitzvah was held at the Avenue A Club in Newark, though the venue said that it’s unaware of any positive coronavirus cases being connected to them or to the event.

According to the New Jersey Globe, hundreds attended the indoor bar mitzvah and parents were informed of the closure through an email and told they would soon be informed about Monday’s “configuration.”

Numerous politicians have found themselves facing scrutiny from the public as many have been photographed breaking their own strict health guidelines. Most recently, San Francisco’s Democrat Mayor London Breed was filmed dancing maskless at a crowded nightclub, breaking her city’s own mask mandate.

Republicans have typically faced less scrutiny as they have been largely less supportive of pandemic-era restrictions continuing, as well as of mandates for vaccines.

Christie – who has been floated by some as a potential alternative to Donald Trump for Republicans in the 2024 presidential race – told the Post he was unaware of the cases stemming from the party. One image obtained by the paper appeared to show Christie in a family photo at the event, and all are maskless. Unlike many other Republicans, Christie has strongly supported masks in the past, though his comments stem from before vaccinations were as widespread as they are today in the US.

In October of last year, the former Republican governor was hospitalized for roughly a week after contracting Covid-19 following his attendance at a White House event. Christie would go on to call his not wearing a mask at the mass event a “serious failure” and called on others to learn from his mistake, for which he said he “paid” a price.

“I paid for it, and I hope Americans can learn from my experience,” he said, following his battle with the virus.

Christie and his family have been targeted by critics since the revelation about the party, with some arguing their “personal decisions” led to consequences for others.

“Thanks to your brother Todd’s super spreader event for his son, Mendham Twp MS is already going virtual,” one user tweeted in response to Christie criticizing President Joe Biden’s recently-announced vaccine mandate for large employers. “Letting people continue to make their own personal decisions while putting others at risk doesn’t work. You can’t even convince your immediate family.”