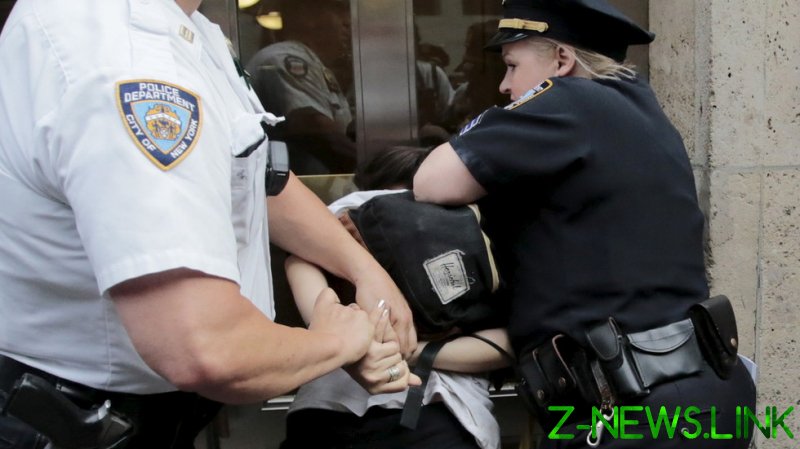 In a statement on Tuesday, DOJ officials unveiled a string of new department-wide policies for federal officers, which were said to be among “the important steps the department is taking to improve law enforcement safety and accountability.”

Under the new directive, federal law enforcement will be banned from using ‘chokeholds’ and ‘carotid restraints’ unless deadly force is authorized. The use of such techniques will instead only be permitted “when the officer has a reasonable belief that the subject of such force poses an imminent danger of death or serious physical injury to the officer or to another person.”

Instances of when “no-knock” entries are allowed have also been restricted to only situations when “physical safety is at stake”. Announcing the measures, Attorney General Merrick Garland said that “building trust and confidence between law enforcement and the public we serve is central to our mission at the Justice Department.”

The latest reforms follow the Justice Department recently announcing the first phase of its body-camera program for law enforcement, starting with agents in the Bureau of Alcohol, Tobacco, Firearms and Explosives in Phoenix and Detroit. The scheme is to be widened to include more federal agents in an effort to improve accountability, the DOJ said.

The use of chokeholds and no-knock warrants have become key areas of concern among groups calling for law enforcement reforms to address systematic racism by the US police against the black community. In June, former Minnesota police officer Derek Chauvin was sentenced to 22.5 years in prison for the murder of George Floyd after kneeling on his neck in what became a lightning rod case of police brutality in the US.

Breonna Taylor was shot to death by police following a no-knock entry in March 2020, in a killing that also garnered significant attention from the Black Lives Matter movement.