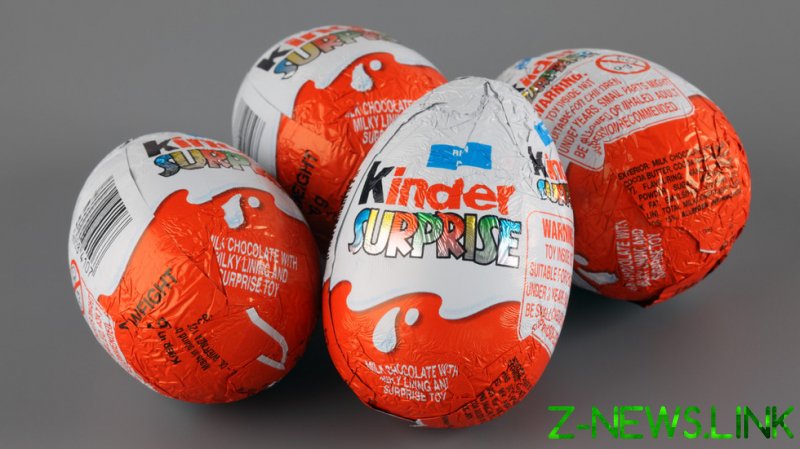 Chocolate manufacturer Ferrero has issued an apology after batches of its Kinder Eggs were recalled this weekend, just weeks before Easter.

An investigation led by the UK Health Security Agency and other national public health organizations has found a link between Kinder Surprise eggs and a recent outbreak of salmonella across the country which has reportedly affected almost 50 people, including young children.

The European Centre for Disease Prevention and Control (ECDC) and the European Food Safety Authority had also suggested that a multi-country food-borne outbreak was being caused by chocolate products. The Rapid Alert System for Food and Feed issued a notification, warning that salmonella cases had been detected in France, Germany, Sweden and the Netherlands; however this message has since been removed from public view as investigations continue.

In response, Ferrero, which owns Kinder, announced it would be immediately recalling select batches of Kinder Surprise as a precaution while the investigations continue. Specifically, the company is withdrawing the singular Kinder Surprise 20-gram egg and 20-gram x 3 packs produced in Belgium with an expiration date between July 11 and October 7 of this year.

Meanwhile, Ferrero has stated that no other Kinder products released to market from this factory have so far tested positive for salmonella and that no consumer complaints have been filed.

Ferrero also stressed in a statement that “If you have bought the above product, do not eat it.” urging consumers to contact Ferrero’s customer care service to obtain a full refund.

The UK’s Foods Standards Agency issued a food alert on Saturday, recommending that people refrain from purchasing or eating Kinder Surprise items with these expiration dates, warning that they might be contaminated with salmonella, which causes symptoms such as fever, diarrhea and abdominal cramps.