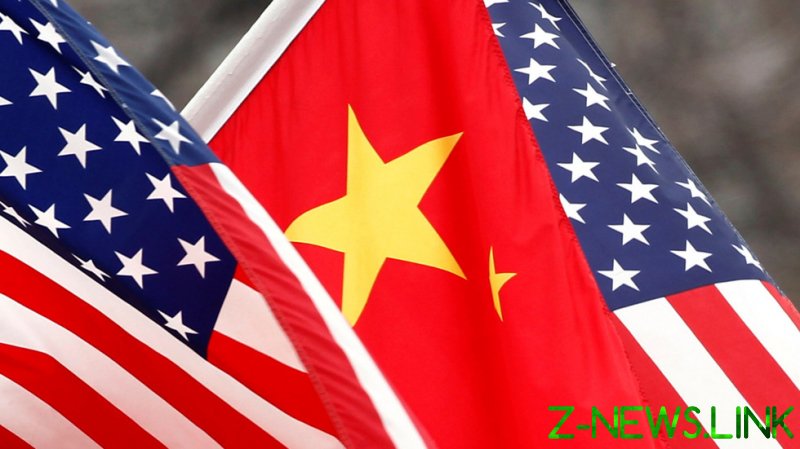 Between 2011 when she came to the US as a student and her abrupt and unexplained departure in mid-2015, Christine Fang worked her way into the confidences of a number of prominent Democrats in the San Francisco Bay Area, Axios reported on Monday. Fang appeared in photos alongside Judy Chu, Mike Honda, Ro Khanna, and Eric Swalwell – an Intelligence Committee member who rose to prominence by championing the ‘Russiagate’ conspiracy theory against President Donald Trump.

She also fundraised for Rep. Tulsi Gabbard (D-Hawaii) in 2013, but there is no indication they ever met. In addition to cultivating prominent members of Congress, Fang allegedly “engaged in sexual or romantic relationships with at least two mayors of Midwestern cities over a period of about three years,” including a tryst in a car that was bugged by the FBI, Axios claimed citing a US intelligence official.

While there is no indication Fang was sexually involved with Swalwell, she did place “at least one” intern among his staff. Swalwell’s office told Axios in a statement that he provided information about Fang to the FBI, calling her someone he “met more than eight years ago, and whom he hasn’t seen in nearly six years.”

“To protect information that might be classified, he will not participate in your story,” they added.

Conservative pundits, including the president’s son Donald Trump Junior, have reacted to the news by calling for Swalwell to resign from the House Intelligence Committee and accused him of being compromised by China.

Unnamed intelligence officials speaking with Axios said the FBI believed Fang to be an agent of China’s Ministry of State Security, also known as the Guoanbu, because of her frequent meetings with a suspected officer working as a diplomat in the San Francisco consulate.

“The fact that she was traveling around the country” and getting close to politicians “was a big red flag,” said one of four current and former officials who revealed she had been under FBI surveillance. “She was on a mission.”

Those remain allegations, however, as Fang abruptly left the US in July 2015, never to return. The Axios story, authored by Bethany Allen-Ebrahimian and the Aspen Institute’s Zach Dorfman, says it relied on interviews with 22 sources, from current and former elected officials to political operatives and former students who knew Fang personally – most of whom remained anonymous.

Allegations about Fang follow last week’s op-ed and interview by US Director of National Intelligence John Ratcliffe, in which he repeated the claim made by Attorney General William Barr and FBI Director Chris Wray that Beijing spies have been cultivating US politicians in order to subvert Washington’s policymaking.

Having Fang work from the Bay Area made sense, Axios speculated, because California is the economic powerhouse of the US, Silicon Valley is right there, and there is a large Chinese-American community to provide cover. Also, Democrats hold absolute power in the area and the state, and are quick to denounce FBI surveillance of Chinese-Americans as racist.

Shortly before Axios published its account of the Fang Affair, a video of a Chinese professor telling his students that Beijing has “friends” at the “very top” of the US political establishment began making rounds on social media. The professor was identified as Di Dongsheng, vice dean of the School of International Relations at Renmin University, and the lecture took place in late November.

Thanks to these “friends” China was able to “fix” all of its problems with the US over the years, until Trump’s election in 2016, when their influence stopped, Di told the audience. He gleefully predicted things would return to their old ways once Democrat Joe Biden is inaugurated in January.

The Trump administration has taken a hard line on China, waging a trade war against Beijing. Trump has also blamed China for the novel coronavirus, which was first registered in Wuhan and was officially declared a pandemic this spring. The US currently tops the world in the number of officially reported Covid-19 deaths.

Republicans have also accused Biden of being involved in shady business deals with China via his son Hunter, but the story of documents found on Hunter Biden’s laptop was heavily suppressed by both mainstream and social media in the US prior to the November 3 election.

On Tuesday, Beijing summoned the US ambassador to protest the “outrageous, unscrupulous, crazy and vile act” of sanctioning 14 officials over the Hong Kong security law. Chinese Foreign Ministry spokeswoman Hua Chunying vowed “firm countermeasures” against what she described as US interference in the internal affairs of China and Hong Kong, an autonomous city formerly under British colonial rule.

Hua denounced the move as the work of “anti-China forces in the US, with their entrenched Cold War mindset.”