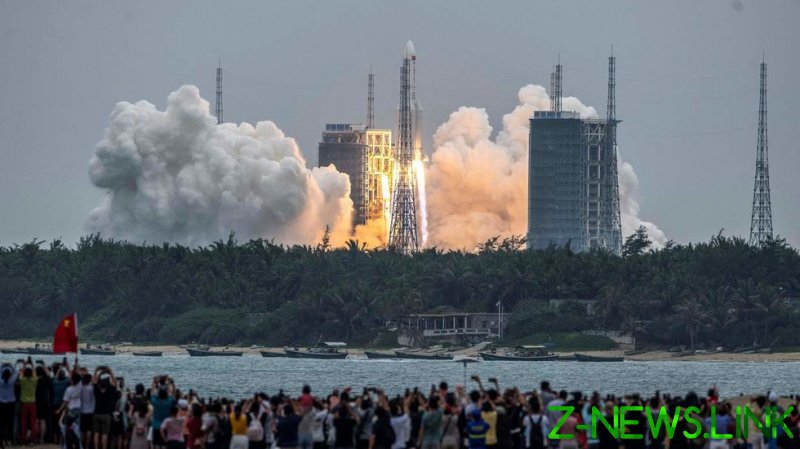 Last week, China launched its new space station into orbit. Using its new Long March 5B vehicle rocket, the core module was successfully placed into orbit. Mission accomplished. But now, all the focus is on the debris of the rocket, and where exactly it will fall back to Earth.

Despite the fact that this is a common process and hardly one which China dominates, the mainstream media have whipped up a hysteria over the perceived risks of the “space junk,” raising fears it could hit something – a hysteria which has been egged on by the United States’ secretary of defence. Beijing, on the other hand, has argued the debris will fall into international waters, pointing out how the media are hyping up the “China Space Threat.” 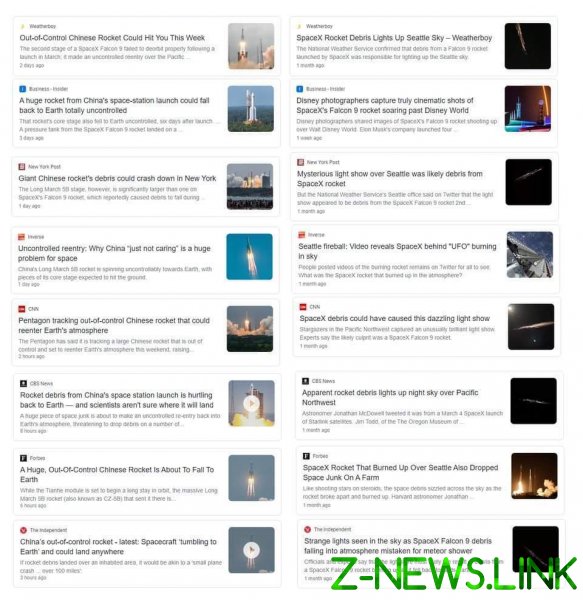 This is a classic example of the success and modus operandi of American propaganda, the ability to create ‘talking points’ and ‘discourse’, which drives attention towards given issues, utilizes the power of ‘assumptions’ and ‘popular understanding’, and subsequently places them in the public consciousness, inciting fear and distrust.

In reality, space debris falls to the Earth all the time. Sure, we cannot discount the fact that it may cause damage or injury, as may this one. Yet that isn’t where the global conversation leads. Debris from Elon Musk’s SpaceX falls to Earth and onto people’s property all the time, but we don’t portray his starships as a threat to the world or something sinister. Why might this be?

The answer is that the United States has a vested geopolitical interest in discrediting all things related to China, and it has a very skilled playbook to do so. Only two weeks ago, “the US strategic competition bill” pertaining to Beijing pledged up to $300 million dollars on a year on emphasizing “negative news” regarding Beijing’s Belt and Road projects. Yet this is not an isolated incident, it is an all-embracing approach. Here, I detail the three specific tactics of how the United States, its associated think-tanks and media allies, seek to vilify various things from China in order to secure geopolitical trust, advance containment, and discredit the country’s products, services, and innovations.

The first tactic the US uses, usually when confronting something from China which involves the dynamics of safety or statistics, is to accuse Beijing of “lacking transparency” and hiding information which poses a danger to the public. The most obvious and frequent use of this strategy has been related to Covid-19, whereby Washington has repeatedly accused China of concealing the “full extent” of the pandemic at home in order to escalate a blame game to advance geopolitical confrontation. Chinese-made vaccines also frequently receive this treatment. The space debris fears represent the same game. To accuse China of hiding or failing to disclose something to arouse distrust and fear.

If the United States seeks to discredit a specific product made in China, or an industrial sector as a whole, the strategy is to link it to allegations of forced labour and human rights abuses in the Xinjiang autonomous region in order to legitimize banning it on human rights grounds, or to force supply chain shifts. This doesn’t have to be strictly proven, but simply speculated, and is always employed on a “guilt by association” label. This was first used in application to cotton in the region, but then recently has been extended to solar panels. It has also been used to legitimise sanctions against technology companies such as Huawei and Hikvision, arguing that they are complicit in the oppression of Uighurs.

Finally, if the given target is not data-related or linkable to Xinjiang, but more technology-related, the US will accuse them of espionage and “sending data to the Communist Party.” Although never actually proven, Washington aggressively used this talking point to undermine Huawei’s participation in 5G across the West. The Trump administration also used this tactic more ambitiously, attempting to ban the popular video social media application TikTok. Some senators have even taken this talking point to bizarre extremes, arguing that Chinese-built subway metro cars and airport boarding gates were committing espionage, in order to justify protectionist policies. But this strategy has also been used against human targets too; it is a popular claim amongst US politicians to suggest all Chinese students in the West are in fact spies, with Mike Pompeo having openly alleged that.

In conclusion, the obsessive hysteria over the debris of a Chinese rocket might be based on something which could happen, but it has a very obvious political purpose. American politicians, think-tanks and associated media are seeking quite openly to influence the global conversation against China by orchestrating ‘talking points’. They have summarized a specific number of tools to do so. All one has to do to recognize the foul play on this issue is to search how the media treats the debris from America’s SpaceX, and how it treats that from China.