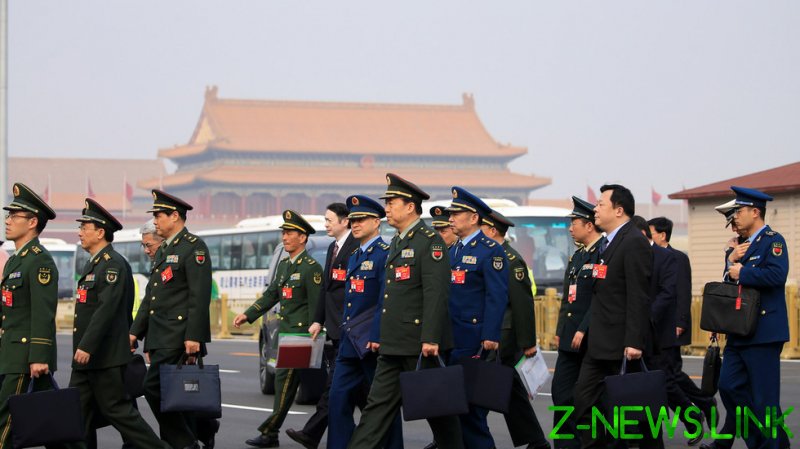 The PLA relies on reports from military radar stations, air force pilots, police stations, weather stations, and Chinese Academy of Sciences observatories to gather as much data as possible about mysterious flying objects. The information is then processed by the military and undergoes preliminary analysis, before being submitted to a national database. PLA headquarters then assigns a “threat index” to each sighting, based on the object’s behavior, physical features and any other relevant variables.

But Chinese analysts have been “overwhelmed” in recent years by the growing number of sighting reports from “a wide range of military and civilian sources,” according to the Post, prompting the PLA’s UFO task force to rely on artificial intelligence to help sort through the data. Many of the reports are ultimately attributed to natural phenomena which are picked up by radar or trigger electronic sensors, according to Chinese military researchers cited by the paper.

While such reports conjure up images of alien craft, sightings of unidentified objects in China’s airspace are “more likely caused by humans than aliens,” according to a Chinese radar scientist quoted by the outlet. The increasing popularity of recreational drones, as well as an uptick in military activity in the South China Sea, could also explain why the PLA has been inundated with UFO reports.

China’s only officially confirmed UFO sighting occurred in 1998, when two military jets intercepted a low-flying object that appeared above an airbase in Cangzhou, Hebei province. The object was described as a “short-legged mushroom” with beams of light shooting down from its underside. The object was able to quickly accelerate before disappearing from radar, according to a report about the incident published in an official newspaper.

In the United States, the Pentagon’s confirmation of several videos showing US military run-ins with unexplained flying objects has caused a frenzy of speculation, and prompted the Senate to ask for a report into the matter. The document is expected to be presented to US lawmakers in the coming weeks. News reports citing officials involved with the probe claim that investigators have found no evidence that the sightings are linked to aliens, but can’t deny that such a link is possible. The report also allegedly suggests that the objects could be new technologies developed by foreign nations.