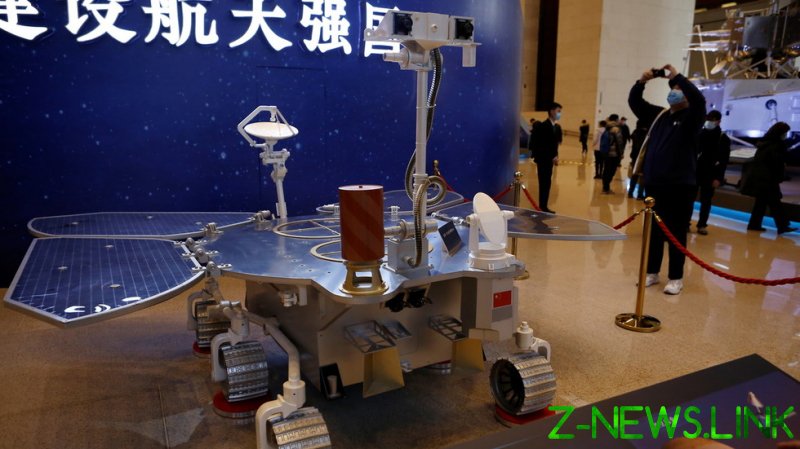 The unmanned lander reached its destination on Mars’ Utopia plain on Saturday, Xinhua News reported, noting that the craft would carry out imaging of its surroundings and a self-inspection before moving off of its landing platform.

The 529-pound (240kg) rover survived a turbulent trip through the Martian atmosphere after spending months in orbit, hitting supersonic speeds before a parachute and retrorockets slowed its descent. The landing makes China just the third country to successfully operate a vehicle on Mars behind the United States and the former Soviet Union – though the USSR’s Mars 3 lander was only able to briefly transmit a partial image from the planet’s surface in 1971 before failing.

Dubbed Tianwen-1, the mission began in earnest last July, when the rover and an orbiter craft lifted off aboard a Long March 5 rocket from a launch site in Wenchang, reaching orbit around Mars in February.

The associate administrator of NASA’s science mission directorate, Thomas Zurbuchen, cheered the landing as the news made the rounds, congratulating Beijing’s space agency for the feat.

“Congratulations to CNSA’s Tianwen1 team for the successful landing of China’s first Mars exploration rover, Zhurong!” he said in a tweet. “Together with the global science community, I look forward to the important contributions this mission will make to humanity’s understanding of the Red Planet.”