Chinese girl got feathers in bread crumbs instead of chicken wings 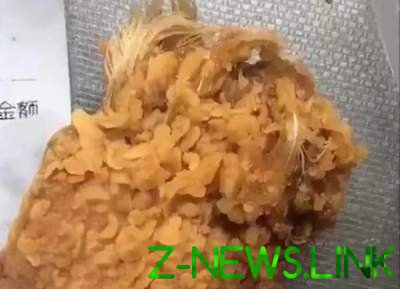 The indignant woman went to the restaurant delivered the food.

In the Chinese capital Beijing, a woman and her daughter ordered the home portion of chicken wings at McDonald’s. However, instead of the order they are received raw meat with feathers in bread crumbs.

Managing Director of an institution brought the woman to apologize and suggested that a tenfold compensation from the cost of the hotel wings, as well as an additional 300 yuan for moral damage. But the Chinese refused his proposal.

She complained to the Management on control over products and medicines of China. In the incident, McDonald’s has publicly apologized to the family in his microblog on Weibo. They confirmed that they are checking on the incident.