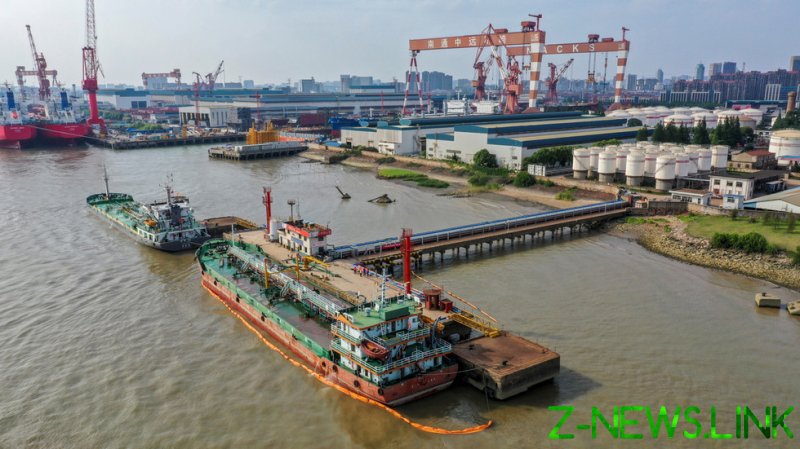 According to Chinese customs data reported by Radio Farda, China’s oil imports from Iran averaged 77,000 bpd between January and July this year, nine times lower than the figures China had reported before the US re-imposed sanctions on Iran’s oil industry and exports.

In reality, various reports, media investigations, and tanker-tracking firms suggest that China is receiving much more oil from Iran than the official figures report.

China’s imports from Iran, as reported by the customs data, corresponds with data provided by data intelligence company Kpler to Radio Farda.

But one tanker, as per Kpler data, tried to cover up the origin of Iranian oil going to China labeling the cargo as “Indonesian oil.”

That tanker, the Giessel, was one of four oil tankers that the Caribbean island state of St. Kitts & Nevis stripped of its flag after an NBC News investigation found that as many as 15 tankers under various flags had manipulated their trackers to skirt the US sanctions on Iran’s oil exports.

An earlier investigation by NBC News found that those tankers were switching off trackers to hide the fact that they had traveled to Iranian waters to load oil for exports in violation of the US sanctions on Iran’s oil industry.

Iran is exporting a lot more crude oil than US figures suggest, data from TankerTrackers.com has revealed, as reported by NBC News.

According to the data, Iran is exporting as much as 600,000 bpd, using ship-to-ship transfers with transponders turned off to avoid detection, skirting US sanctions. The daily average number compares with an estimate of 227,000 bpd made in a US Congressional report, NBC’s Raf Sanchez wrote on Twitter.