China’s yuan strengthens against US dollar to three-month maximum 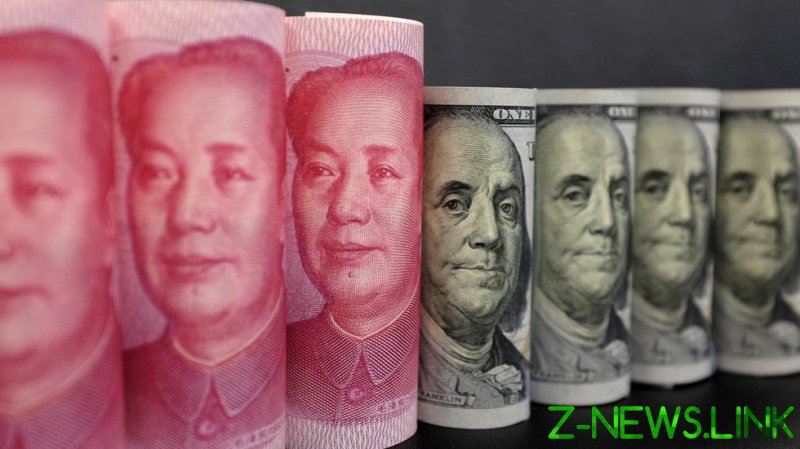 The renminbi (the official name of the Chinese currency) strengthened to 6.4497 yuan per dollar. Before that, China’s currency touched a one-week high against the greenback last Friday, booking its third straight weekly gain on news that US President Joe Biden and Chinese President Xi Jinping spoke for the first time in seven months. The conversation focused on economic issues, climate change and Covid-19.

In the first half of the year, the yuan’s exchange rate followed a W-shaped trajectory in relation to the US currency, Guan Tao, head of the international payments department at the State Administration of Foreign Exchange, recently noted.

Earlier, Sun Guofeng, PBC’s head of monetary policy, warned that bidirectional fluctuations in the yuan against the dollar would be the norm in 2021. He said, however, that Beijing will “maintain the stability of the Chinese currency in a reasonable and balanced range.”

Last year, amid the Covid-19 pandemic, the yuan was depreciating against the US dollar for several months. In May 2020, PBC lowered the national currency rate to 7.1316 yuan per dollar, its lowest since February 2008. However, after that, the yuan started to gradually strengthen against the American currency.

Markets are now waiting for China’s August credit and activity data, expected to be released later this week and provide figures on the health of the country’s economy. This would potentially show market players whether more stimulus is needed. So far, China’s exports have been beating analysts’ forecasts, while lending has been on a rebounding course, but the country’s industrial output and retail sales have been weakening and are expected to drop further.